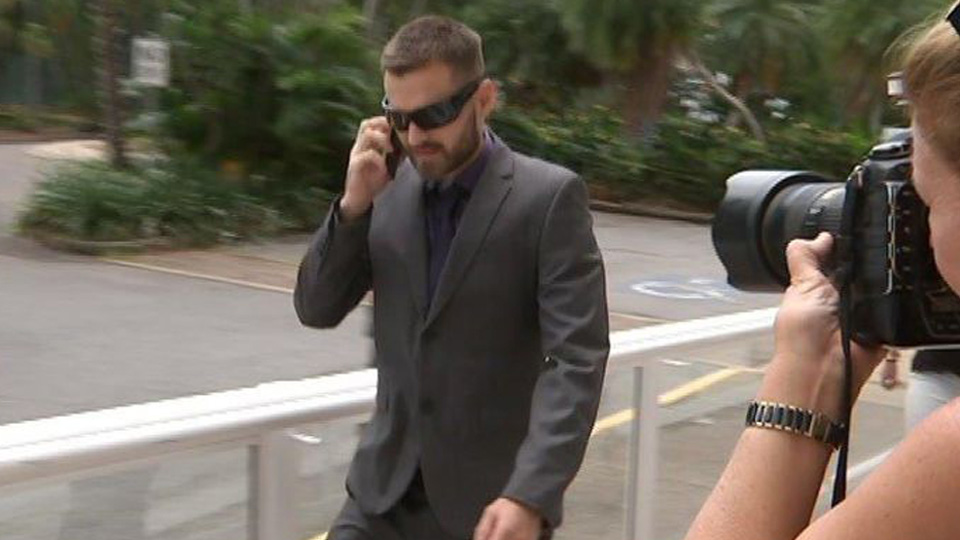 A small-time Darwin builder who defrauded an Indigenous employment program of more than $200,000 in taxpayer payments from the Northern Territory government has been sentenced to four years in prison.

Timothy Schwab, 28, is the first contractor to be convicted of ripping off the Indigenous Employment Provisional Sum scheme, which the Auditor-General suggested could have been rorted of more than $100 million by dozens of NT construction companies – making it the largest known fraud in the Territory’s history.

In a surprise character reference, Schwab, who pleaded guilty to one count of obtaining a benefit by deception, had a reference tendered in court by an NT government official who claimed he was “honest and responsible”.

Schwab deceptively claimed $213,312 through falsified invoices to DIPL that included inflated hours and wages for Indigenous employees on 56 different occasions between November 2015 and June 2017.

In other instances, Schwab claimed for Indigenous sub-contractors who weren’t his employees and for Indigenous workers on other projects that didn’t qualify for the funding.

In sentencing remarks, Justice Graham Hiley said Schwab was motivated only out of greed and showed no remorse for ripping off taxpayers.

He raised the conviction of high-profile travel agent Xana Kamitsis, and said Schwab needed to have a longer sentence because Kamitsis had paid back the $124,000 she rorted but Schwab had only paid back $33,000 and had shown no intention of paying the rest back.

“You still owe the government about $180,000 and have taken no steps towards repaying that amount despite your substantial assets,” he said.

“The only explanation you have offered the court is that you were ‘trying to get ahead and expand the business’. There is no suggestion that you were in dire financial straits.”

The controversial IEPS program was created in 2014 to incentivise local construction companies to hire Indigenous workers, however it was shut down in August 2017 over allegations of widespread fraud and was later found to have operated without proper fraud prevention controls in place or any oversight.

It is understood another four companies were referred to the NT Police for similar rorts of the program two years ago but charges have yet to be laid.

An ABC investigation revealed late last year that three of the Territory’s largest construction companies were paid millions of taxpayer dollars through the IEPS program, but are not currently being investigated.

Contracts awarded while under investigation

According to NT government-awarded contracts, Schwab’s company was awarded more than $2 million in contracts between June 2017 and June 2018, after he was under investigation by DIPL for fraud.

Schwab was contacted by the department in December 2016 for improperly claiming funds through the program and forced to repay more than $33,000.

However, the department continued to pay out claims as Schwab continued to file them for another six months until June 2017.

“He must have known by then that the department was on to him and that he was doing the wrong thing, but he continued to do it,” Justice Graham Hiley said, suggesting Schwab continued the scam aware of a “weakness in the system” that he exploited.

But Justice Hiley also questioned why DIPL continued to pay out his work claims after detecting the fraud six months earlier.

“If the department picked him up once, it’s hard to understand why they kept paying him,” Justice Hiley said.

Two Auditor-General reports into the IEPS found the department had made fundamental errors when designing the program in 2014 that included improper oversight, no controls to prevent fraud and no central contact person.

In pre-sentencing remarks on Monday, Schwab’s lawyer Matthew Hubber told the court his client was “somewhat youthful”, had been home-schooled by his mother and “hadn’t been out in the world a long time” before engaging in the fraud when he was 25.

Mr Hubber said it was an “immature decision” to defraud the government.

Numerous character references were tendered on behalf of Schwab, including one from a senior DIPL employee who called him an “honest and responsible person”.

Crown prosecutor David Morters said that testimonial was unauthorised and “not reflective of the views of the department” and called for a prison sentence.

“The system reposed a certain amount of trust in the way he and other builders would make claims, and certainly he has breached that trust by exploiting the system,” he told the court.

In a victim impact statement, DIPL chief executive Andrew Kirkman said the fraud had brought the construction industry into disrepute and that the costs to the department of having to investigate were “substantial”, although he could not estimate a total.

The department also cannot accurately estimate exactly how much money was rorted from the program nearly two years after it was shut down, due to improper record-keeping and delays in filling investigative positions.

Schwab will serve 18 months and will be banned from operating his company for five years after being released from prison.

Outside court, Schwab’s father-in-law Charlie Reilly said the sentence was fair for the offence, but questioned what consequences there were for DIPL executives who oversaw tens of millions of dollars paid out through the flawed program.

“Are they going to get sacked?” he said.

“If some of my employees lost that much money, they wouldn’t have a job. They closed the scheme down but how much did it cost NT [taxpayers]? The Chief Minister don’t sack them, he don’t do nothing.”