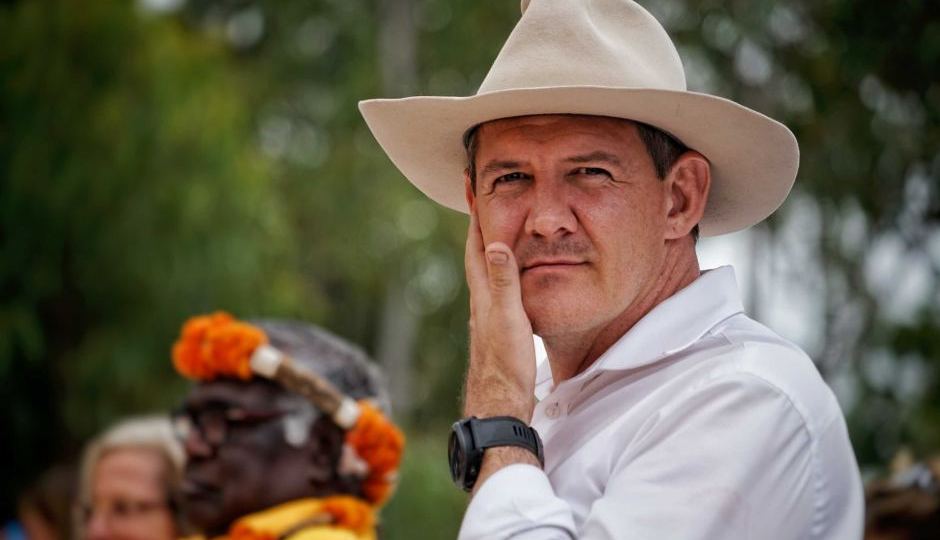 The Northern Territory can no longer manage its own economic affairs and needs to be investigated by a royal commission, the Territory’s Parliament has heard.

But both major political parties shot down calls for an inquiry into the Territory’s economic sustainability on Tuesday night, brought on by independent MLAs who say successive governments and senior bureaucrats have failed the people of the NT and irreparably damaged the region’s economy.

Member for Stuart Scott McConnell raised the motion as a matter of public importance, stating that dysfunction and mismanagement over many years has disenfranchised Indigenous people and led the Territory towards insolvency.

Territory governments of all stripes have long been criticised for siphoning off billions in federal GST payments meant to address Indigenous disadvantage for other spending purposes.

The Gunner Government announced in December that they were facing a financial crisis that has seen the NT government borrow $4 million a day to continue operating, with the debt expected to blow out from $3 billion to $35 billion over the next 10 years.

“I do not think this government is going to do anything different than the previous governments,” Mr McConnell told Parliament.

“Our structural problems are affecting our capacity and ability to resolve the crisis we are in now … this is why we must ask the federal government and the Opposition to commit to a royal commission before there is no road back for us as a Territory.

“The real issue is not GST receipts, or other Commonwealth grants [tied or untied], but rather the inability of successive Northern Territory governments to raise sufficient own source revenue [currently only 27 per cent compared to 56 per cent in other jurisdictions] or, importantly, control expenditure growth.”

Between 2004 and 2016, the Territory’s public service grew by 40 per cent – far outstripping the natural population growth of the Territory.

“We’ve got a political bloc here called the public service and you can’t touch them because they will … swing the votes.”

The motion and call for a royal commission was drafted by a number of prominent Territorians who share concerns about the financial future of the NT, Mr McConnell said.

Independent Member for Nhulunbuy Yingiya Mark Guyula told Parliament that Indigenous Territorians needed to be a part of the economic solution.

“I won my seat because in the bush, we are sick of the promises that come from major parties, only to find that once elected, the government does not have any intention of building our remote economies and recognising our law,” he said.

“Governments remain focused in Darwin. There is no meaningful representation on behalf of the remote communities.”

Former chief minister and current independent MLA Terry Mills said the decades of not living within the Territory’s means has led to a question of whether the NT should even be allowed to continue governing itself.

“It is time for the truth to be told and to answer the question of whether we have the capacity to self-govern or not,” he said.

“That question needs to be answered by every citizen and those in the media because there is a lot more at stake than a small and narrow game focused around political and ideological interests.”

‘Effectively pushing out responsibility’ to Canberra

Independent MLA Robyn Lambley, who served as treasurer for a brief period in the previous CLP government, told Parliament the Gunner government had a spending problem that it refused to address.

“We do not hear from this government that they cannot afford something,” she said.

“I dare say in 2019 the Northern Territory government still cannot afford underground electricity. That does not come into the vernacular or narrative of this government.”

Treasurer Nicole Manison called the motion for a royal commission to examine the Territory’s finances “ridiculous” and stuck to lines the government has been using to explain how it plans to “fix the budget”, by doing “heavy lifting” and “making tough decisions”.

She has consistently claimed that the Territory will receive $500 million less a year moving forward due to changes to the GST distribution.

“Calling for a royal commission to look into the finances is effectively pushing out responsibility and decision-making to Canberra,” she said.

“Let us not forget that the Territory’s last royal commission came at a considerable cost.

“About $50 million of resources went into the Royal Commission into the Protection and Detention of Children in the Northern Territory.”

But former Labor MLA and current independent Jeff Collins said a proper investigation into the Territory’s economic and financial processes was not about giving up control, and would end up costing much more in the long run if the problems are not addressed by an independent body.

“This is not a matter of handing responsibility for the Territory to the federal government. In fact it is the exact opposite of that,” he said.

“It is the fear that if we continue down this path that we are on at the moment, that is where we will end up. That the federal government can come in, repeal the Northern Territory (Self Government) Act and appoint an administrator.”

While independents supported the calls for a royal commission, the CLP acknowledged the current Labor government’s fiscal “mismanagement”, but stopped short of supporting the motion.

“We will not go as far as the Member for Stuart and do not support the royal commission, but the original matter of public importance that says this government needs to recognise a financial and economic crisis,” Deputy Opposition Leader Lia Finocchiaro said.

“It is something we back the Member for Stuart on.”

Mr McConnell said that was proof of the systemic problems in the Northern Territory.

“That’s evidence that the political class, both sides, are not interested in addressing the issues economically and socially. The proof is in the pudding,” he said.

“This runs deeper than my previous party.

“They don’t want to see things change because the ministers have the high salaries as Cabinet members, ride in white cars and expect to be treated as royalty.

“The other side think their turn will come. It’s designed to advantage a small coterie of people at the expense of the rest of us.

“That’s why they shot the motion down.”