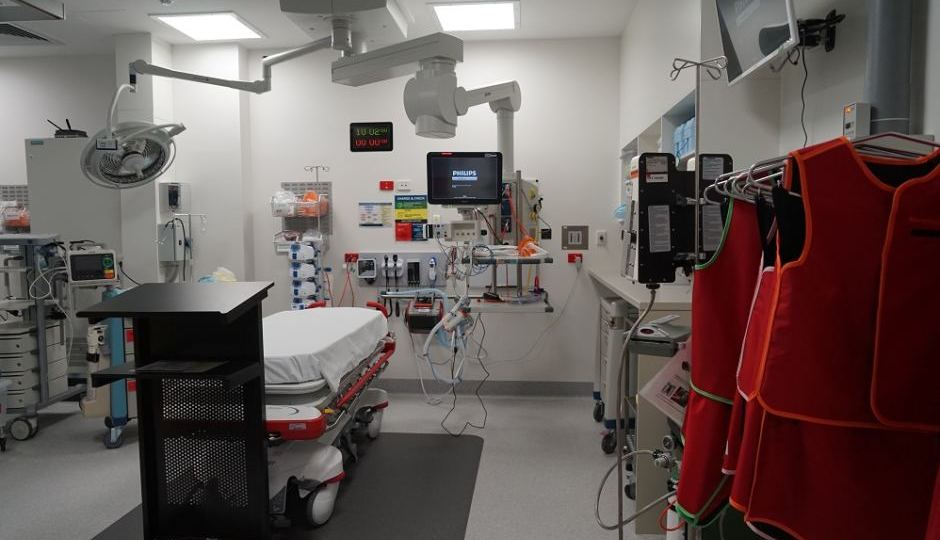 But its opening today created 300 new jobs and it is hoped the new facility will ease pressure on Royal Darwin Hospital, which was running at 140 per cent capacity earlier this year.

The 24/7, 116-bed facility also puts a range of medical services in reach for residents of Palmerston, a satellite city of about 34,000 sitting 20 kilometres from Darwin.

From 10am on Monday, the hospital’s emergency department, pharmacy and radiology were in operation.

However, the 343-bed Royal Darwin Hospital will remain the base for birthing facilities, and patients who are critically ill or suffering a life-threatening condition will be stabilised and transferred there.

Appearing at Monday’s opening, NT Health Minister Natasha Fyles described the new “state-of-the-art” facility as a “campus” of the Royal Darwin Hospital, which was built in 1980.

“This will not only serve the people of Palmerston and the rural area, but it will add to health services here in the Top End,” Ms Fyles said.

“If people are ill in the Palmerston and rural [areas], they should come here and then our hard-working clinicians will make a clinical decision about whether they can be treated here, or if they need to be transferred to Royal Darwin Hospital.”

Ms Fyles said recruitment was on track with 97 per cent of the 450 positions filled.

“[There are] 300 new positions, new jobs here at Palmerston Regional Hospital, with a total staff of 450,” Ms Fyles said.

“And staff will work across both Royal Darwin and Palmerston Regional Hospital.

“That’s why so many of the facilities here are mirrored to RDH – the same CT scanner, similar flight decks in emergency, so that staff can work between the two hospitals.”

However, NT branch secretary of the Australian Nursing and Midwifery Federation Yvonne Falckh said that with two hospitals now working in the Darwin area, staff could be spread thin.

“I think the staffing will eventually have an impact on Royal Darwin because we have trouble getting staff now to cater with the demands at the hospital,” she said.

“So once we have two hospitals open it will be interesting to see how staffing can be fully supported for both hospitals.”

She also said working at the Palmerston Hospital could be problematic for some current Royal Darwin Hospital staff, particularly if they did not live in the area and did not have transport

Didier Palmer, director of emergency medicine at both hospitals, said 15,000-20,000 patients a year were expected at Palmerston, while the Royal Darwin Hospital would see about 70,000.

“So it’s got an intensive care unit, it’s got acute operating, endocrinology and all the various sub-specialties which a smaller hospital doesn’t have. So people with specific problems need to be transferred to RDH.”

Seven years ago, in May 2011, $110 million in funding was announced for the new Palmerston Hospital.

Under the funding plan, the Federal Government was to provide $70 million while the NT Government would pick up the remaining $40 million.

However, this then blew out to least $170 million for the construction and $36 million over two years was budgeted for commissioning.

A recent auditor-general report put the total cost at $206 million.

Ms Fyles said while final figures were still being calculated, she was advised the costs came in “very close” to what was eventually budgeted.

The development of Palmerston Regional Hospital was also marred by controversy.

In 2012, then-health minister Dave Tollner told Parliament he was not sure the NT Government could afford the project, prompting a federal senator to condemn it for indecisiveness.

Three years later, the former CLP-led NT Government was accused of directing a “media stunt” at the hospital construction site.

A hole was dug, filled with concrete and labelled a “construction milestone” during a media conference — but days later it was discovered filled back in.