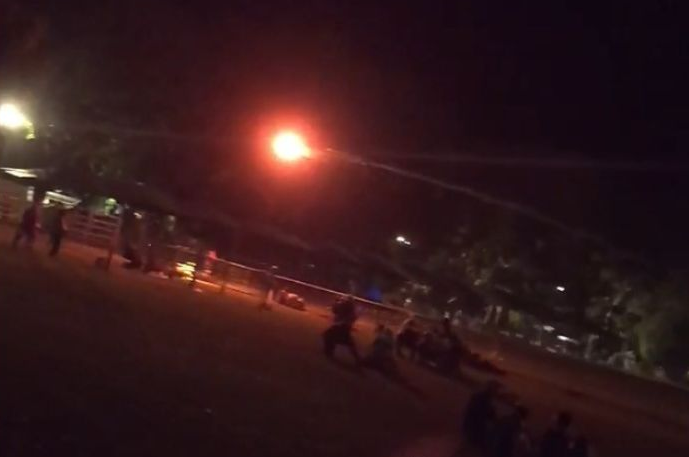 Spectators scurry for cover as fireworks that should have detonated far above the crowd explode at ground level. Photo: ABC

One person has been hospitalised and three children treated for burns after a fireworks display malfunctioned at a rural show in Darwin on Saturday night.

The annual Freds Pass Rural Community Show went amiss when the fireworks were released “at a lower height than planned”, a spokesperson said, causing debris to fly out of the exclusion zone.

A pyrotechnics worker was transferred to the Royal Darwin Hospital as a precaution and later discharged, while three children were treated onsite by St Johns Ambulance staff for minor burns, the service said.

“It would appear that there was a partial failure in one of the uplift charges, and accordingly, the fireworks discharged at a lower than anticipated height.”

Mr McNeur said the safety of patrons and staff was “paramount”, and the incident would not affect the show, which continues today.

NT WorkSafe are investigating the incident and visited the site this morning.