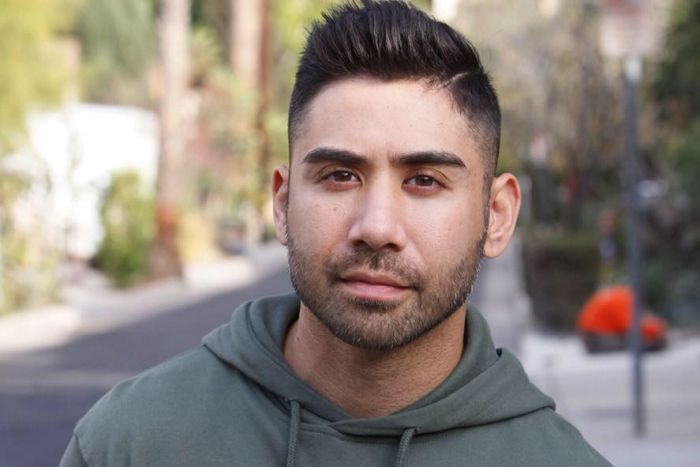 The American hiker who died while walking the Larapinta Trail near Alice Springs on Tuesday has been named as gay rights activist and actor Matt Palazzolo.

He has been remembered on social media as an “amazing man” who was “very special and humble”.

News site WEHOville said Mr Palazzolo, 33, was an actor and writer who was well-known in Los Angeles’ LGBTIQ community, and was a member of West Hollywood’s Lesbian and Gay Advisory Board.

According to entertainment website IMDB, Mr Palazzolo was born on December 18, 1984, in Fremont, California.

He was known for his work on the TV shows Bloomers and Switched at Birth, and the film Stone Fruit, which is due to be released in June.

His father Pat Palazzolo shared a screenshot of a text message Matt had sent him a few days ago when he left Los Angeles for Sydney, as well as a video of Matt speaking at a protest on the eve of the US Supreme Court’s decision on the appeal of California State’s Proposition 8, which prevented the overturning of a law permitting same-sex marriage.

“There were times when I reacted with resentment when people acted or spoke badly towards or about my son Matt because of his sexuality. But he seemed to always react with compassion, love and understanding,” Mr Palazzolo posted on Thursday.

“He told me once that everybody has their own timetable for understanding what they previously didn’t understand.

“But he was also a determined advocate for gay rights, determined to bring awareness and knowledge to those who didn’t yet have it.”

“This video was one moment from Matt’s young life that we are all so proud of.”

‘His life was incredibly meaningful’

There was an outpouring of support and condolences on Facebook following the news of Mr Palazzolo’s death.

“Matt was loved by so many people — you raised an amazing kid, who became an amazing man, and he impressed and delighted everyone who had the chance to get to know him,” said Philip Neumann.

“He has always had a special place in my heart.”

Ivor Pine said he and Matt had been friends for a long time.

“He was a wonderful guy and a really important part of our community. I hope that the fact that his life was incredibly meaningful and that he touched so many people will be a source of comfort for you,” he wrote.

Lucas Myles Quinliven wrote to Mr Palazzolo that it had been an honour to meet him on one occasion with Matt’s father.

“You have raised the most beautiful human I’ve ever met. Matt always spoke so highly of you, and the rest of your family,” he wrote.

“You have to know that Matt is one of a kind, and has made a massive impact on my life, as well as everybody else he came into contact with. I have never felt for anybody, the way I feel about Matt.”

Hiker who died in outback named as LGBTIQ activist