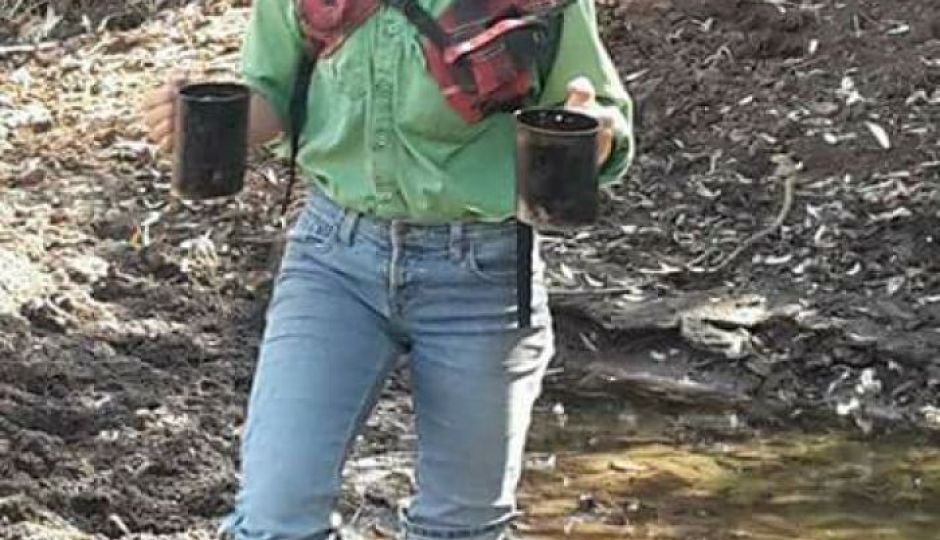 A 14-year-old girl from a well-known Northern Territory cattle family who took her own life last week has been remembered by her family as a “kind, caring and beautiful soul” as they launched a social media campaign to raise awareness of bullying and harassment.

The family of Amy “Dolly” Everett, who was once the face of iconic Australian hat company Akubra, said they wanted to spare other families the grief they were experiencing at her loss, which they said came after she was tormented by cyber bullies.

In a statement provided to the ABC on Wednesday, parents Tick and Kate Everett and sister Meg thanked the community for the “overwhelming response we have received since our world came crashing down around us when our beautiful Dolly left our family”.

They asked for time to celebrate Dolly’s life.

“This is all we are capable of at the moment and ask for your respect to give us time to grieve,” the family said.

“Our daughter Dolly was the kindest, caring, beautiful soul, and she was always caring for animals, small children, other children at boarding school who were less fortunate than herself.

“Out of all the sadness that the loss of our daughter has brought to our lives, we feel that through losing Dolly we would like to help other families by making an awareness of bullying and harassment that some people are sadly subject to.”

They said their goal was to establish a trust called “Dolly’s Dream” to raise awareness of bullying, anxiety, depression, and youth suicide.

“Before Dolly died, she completed a drawing and wrote the words ‘Stand up, speak even if your voice shakes’,” her family said.

“This powerful message tells the dark, scary place our beautiful angel had travelled to.

“We are not concerned with the who or the why of who pushed our daughter to this point, we just want to save another family going through the sadness and tragedy that our family is experiencing.”

‘Bullying of any type is unacceptable’: Akubra

On Facebook, Tick Everett said Dolly’s life “will not be wasted” if the family could stop the suffering of others.

“Unfortunately Dolly will never know the great pain and emptiness left behind,” he wrote.

Mr Everett went on to challenge those who had bullied his daughter to attend her funeral and see the devastation left behind.

Hat company Akubra posted its own message of support.

The company had used a photograph taken of Dolly eight years ago in their annual Christmas campaigns.

“To think that anyone could feel so overwhelmed and that is their only option is unfathomable. Bullying of any type is unacceptable,” the Akubra post said.

Dolly was from Katherine but attended boarding school at Scots PGC College in Warwick, Queensland.

The close-knit pastoral community is said to be devastated by the death, and many people posted messages of support and shared their own experiences with bullying and mental health.

Friends and family took aim at so-called keyboard warriors and vowed to protect Dolly’s memory by throwing support behind raising a greater awareness of youth bullying.

“Please tell your children about Dolly and please, please teach them to be kind, tolerant, understanding,” Rachel Rohde posted on Facebook.

The memorial will be held in Katherine this Friday.