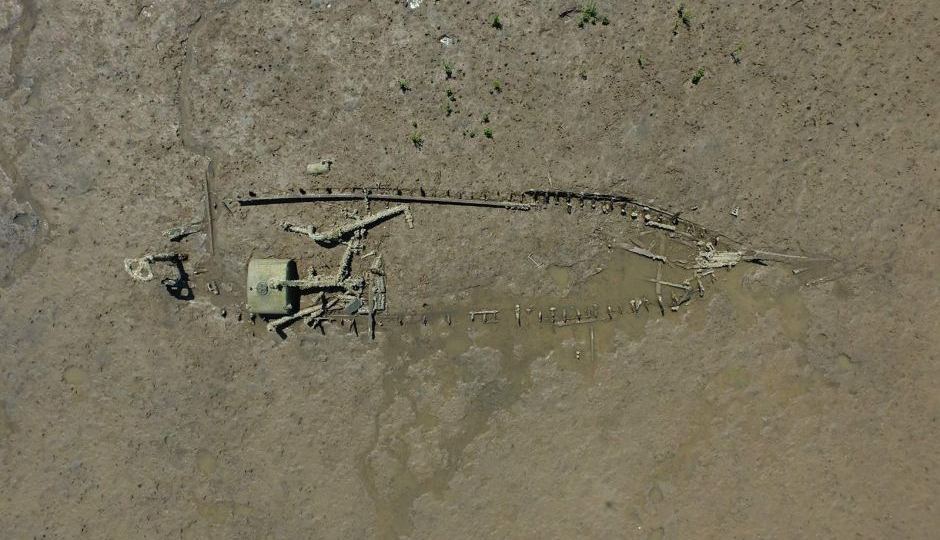 The remnants of an unknown boat, believed to be Vietnamese, are occasionally visible at East Arm. Photo: Silvano Jung/ABC

Darwin was geographically bigger at 1:13pm local time on Tuesday when the tides reached their lowest point of the year.

For Doug Wade, the 0.2-metre tide was celebrated with his favourite pastime.

Mr Wade is a tide walker, so he regularly wanders far out on Darwin’s mud flats during the small window that a low tide provides.

“I love snorkelling but up here with the stingers and the crocs you don’t really get the opportunity,” he told ABC Radio.

“At low tide, you get to go out on the mud flats, on the reef and see everything that’s under the water, minus a few of the big fish.”

Mr Wade’s expeditions have revealed blue-ringed octopuses, stonefish and stranded stingers, but the low tides also expose another mysterious feature of the sea.

It is one of the few opportunities to see the many shipwrecks within walking distance of Darwin’s shoreline.

“At low tides like this, it’s the only time,” he said.

“But today’s a pretty special day where all the corals and those special places that are normally right under water, under six metres of water, you can get down and see those really spectacular things.”

Maritime archaeologist Dr Silvano Jung has been surveying the degrading shipwrecks that become visible during especially low tides for more than 10 years.

He said Tuesday’s tide was welcome news to archaeologists because exploring submerged shipwrecks was a logistically challenging task.

One ship, Ataluma, met its end during Cyclone Tracy on Christmas Day in 1974.

But little is known about some of the others, many of which were victims of vicious storms.

“There’s a wreck of the Dutch bomber at Nightcliff on Sunset Park,” Mr Wade said.

“Tragically it just took off from Darwin and crashed and seven people lost their lives.”

The tale is a tragic one, but it has become fodder for other history enthusiasts searching Darwin’s shores.

“There’s a bit of the fuselage and some of the motor you can see out there now,” Mr Wade said.