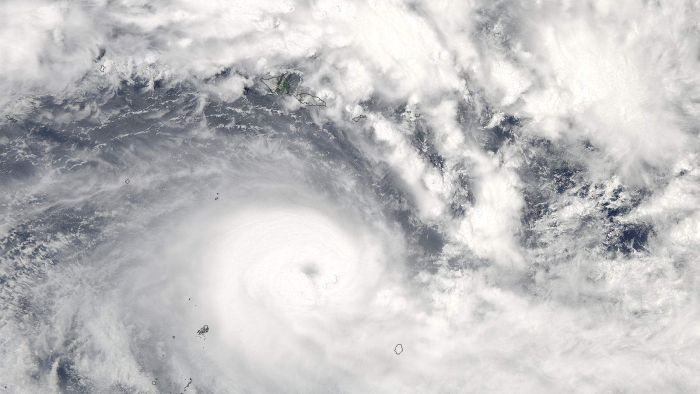 The Northern Territory's Bureau of Meteorology says if the low develops into a cyclone the storm will be known as Tropical Cyclone Blanche.

A tropical cyclone warning has been issued for Darwin and surrounding coastal and island communities, including the Tiwi and Croker islands.

Darwin and the north-west coast of the Territory have been on cyclone watch since Saturday, and have been warned to remain indoors on Sunday.

The Bureau of Meteorology (BOM) upgraded the warning due to the intensity of the tropical low weather system approaching the coast.

The low, which is expected to develop into a tropical cyclone on Sunday, was sitting just north of the Tiwi Islands this morning and may pass close to Darwin later on Sunday.

This short video tells you all you need to know about reading a #TropicalCyclone track map… https://t.co/Iy211ILgOo

“With this sort of situation, we can probably expect to see some trees coming down, probably localised flooding,” spokesman Mark Cunnington said.

“Areas around the Darwin region in particular are quite wet and soaked, so we would expect that stream rises are going to occur fairly quickly. 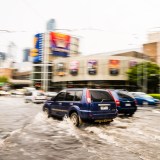 A surge in ‘extreme rainstorms’ is coming, new report warns 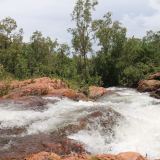 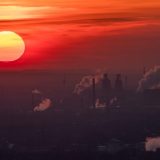 Why 2016 was the world’s hottest year ever

“Make sure you have your emergency kit. [You need] food, water, medical supplies, baby needs, ready for three days per person in your household. Know where you’re going to shelter when heavy winds arrive.”

Heavy rain is already being dumped on the Tiwi Islands and Croker Island, with conditions expected to worsen.

“People need to be careful if they’re in coastal areas,” said Todd Smith, regional director of BOM NT, on Saturday.

Mr Smith also warned that as well as heavy rain and gale winds, the weather system might result in higher tides than usual on the Tiwi Islands.

A tracking map released by the bureau forecasts the storm will become a category two system after it passes Darwin and is offshore from the Daly River mouth.

The likelihood of the tropical low becoming a tropical cyclone has now been put at high for both Sunday and Monday, meaning a greater than 50 per cent chance.

If the low develops into a cyclone the storm will be known as Tropical Cyclone Blanche.

There's up to a 50 per cent chance of a cyclone forming and heading towards Darwin this weekend https://t.co/dyAv0d5bhi @TheNTNews @BOM_NT pic.twitter.com/fmQs6kgv0M