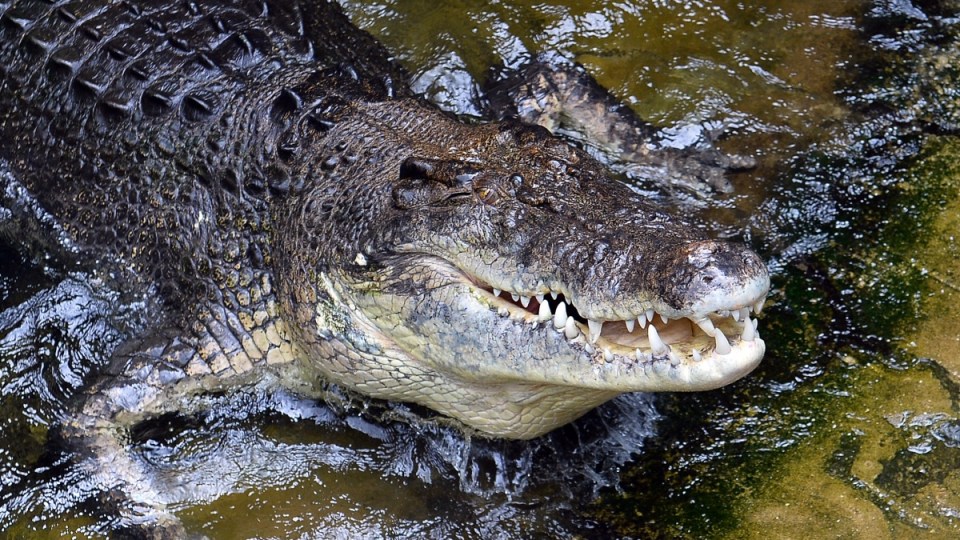 A saltwater crocodile – like this one –reportedly attacked a local ranger on Friday morning. Photo: Getty

A man has been killed by a 3.5-metre crocodile at the notorious Cahill’s Crossing in the Northern Territory after trying to walk cross the East Alligator River in actions police have described as “foolish”.

The 47-year-old man thought to be from a remote community was at the crossing with two women about 4:00pm yesterday when the trio decided to try and make it across.

Cahill’s Crossing is not a footbridge, and at the time of the attack a recommendation on the NT Government’s road report website said only high-clearance four-wheel drive vehicles should cross.

“Cahill’s Crossing is notorious for crocodiles and to walk across it to me is just foolishness,” NT Police Duty Superintendent Bob Harrison said.

“You are tempting fate, knowing the size of the crocodiles in that area.”

The dead man’s body was recovered last night and the crocodile that attacked him has been shot and killed, Mr Harrison said.

Cars regularly get stranded at the crossing, and in 1987 a 40-year-old man was decapitated by a large crocodile while he waded in the water fishing.

There has been images previously of people standing in the waters there at Cahill’s Crossing, and in October last year a woman tried to shoo away a large crocodile with a thong that appeared to be stalking her on the river’s edge.

Rangers and police will recover the body of the crocodile today so a file can be prepared for the coroner.