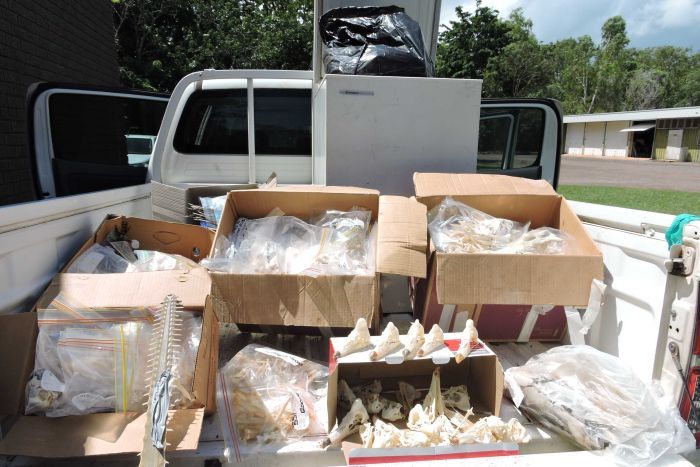 About 1,300 animal parts have been found at a Darwin house in one of the largest hauls of its kind in Australian history.

Northern Territory Department of Tourism and Culture chief executive Alistair Shields said the parts, including those of native animals like wedge-tailed eagles and brolgas, would have been worth more than $500,000 on the black market.

“About midnight on Tuesday police apprehended four men in a vehicle at Adelaide River, they were arrested … [and] as a result of that wildlife officers attended a property at Howard Springs on Wednesday and discovered around 1,300 animal parts,” Mr Shields said.

The NT Parks and Wildlife Commission said a 32-year-old man has been charged with firearm offences, but it was unclear whether the group would face further charges. 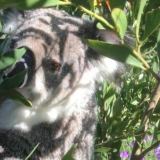 It said the men had been released following their arrest as investigations continue.

“Any protected or threatened wildlife being taken illegally is a serious offence, in this quantity it’s very, very serious and we’ll be pulling out all stops to make sure that any offenders are appropriately charged and brought before the courts,” Mr Shields said.

“For protected species there’s a fine of $77,000 maximum and up to five years’ imprisonment, and double that if the animals involved are endangered.”