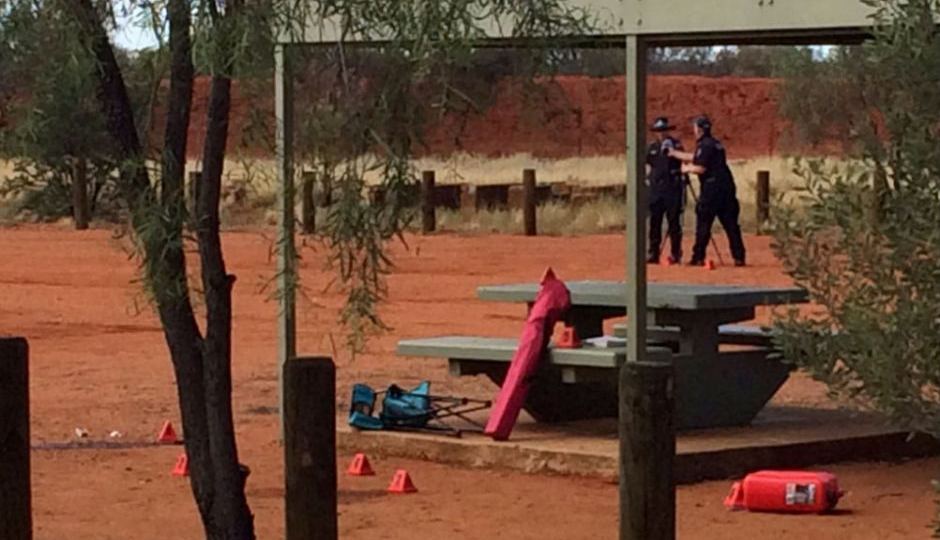 NT Police at a crime scene at Connor Well roadside stop where a French tourist has been killed. Photo: ABC

An Italian backpacker has told of her chilling encounter with a man who allegedly murdered a French tourist in the Northern Territory hours later.

Maralina Greco has said she was moments away from hitching a ride with a man believed to be Pande Veleski, who on Saturday was charged with the murder of 33-year-old Frenchman Philippe Jegouzo.

Veleski, 35, was found by police on Thursday morning after he allegedly killed the tourist in front of his wife at the remote Connor Well rest stop north of Alice Springs the previous afternoon.

Ms Greco told Sky News she was approached by Veleski while hitch hiking near Uluru.

“At some point we stopped hitch hiking to Uluru because I had to go to work the day after so we tried to come back to Alice Springs,” she said.

“We asked this guy and he said to us that he could (give us a ride) but only when the sun went down, so at that point my intuition said to me that it was getting really weird and we decided to not take the ride.

“Actually when I didn’t take the ride I felt a bit sorry for him. I thought ‘This guy looks so awkward that he probably doesn’t even have friends’, and because I try to trust humanity I was feeling sorry that I didn’t trust him, but my intuition was right. 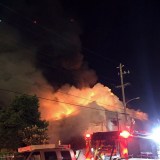 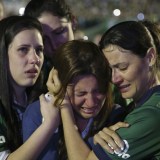 “He said that he was going with his friends to Alice Springs to go fishing.

“I was asking questions and he was just jumping from things to things”.

Five hours later, it is alleged Veleski approached Mr Jegouzo and his partner at a rest stop about 100km north of Alice Springs and stabbed him to death.

Detective Superintendent Travis Wurst on Friday said a search of the area had since uncovered some items of clothing believed to belong to the suspect.

Det Supt Wurst said investigations into the “random and obscure” killing were ongoing, that there was no apparent motive.

The victim’s wife has left Alice Springs Hospital, where she was being treated for shock.

Aurelie Chorier, 30, was travelling in Australia with her husband Philippe Jegouzo, 33, when they paused at Connor Well about 100km north of Alice Springs on Wednesday afternoon.

While there, NT Police say they were approached by a man who attacked Mr Jegouzo, stabbing him in the neck.

Mr Jegouzo died at the scene despite efforts to revive him.

After her husband was attacked, she flagged down a passing car containing a nurse and her husband.

The nurse stayed on scene with the French couple, performing CPR on Mr Jegouzo, while her husband drove another 40km to the nearest phone at Aileron Roadhouse to call for help.

With ABC and AAP