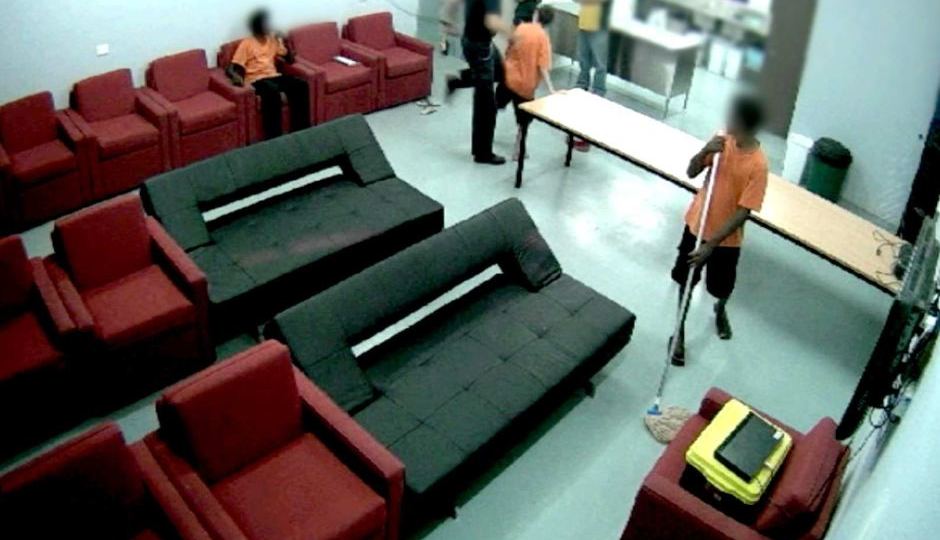 Aboriginal land councils, legal and health organisations in the Northern Territory are calling for Prime Minister Malcolm Turnbull to dissolve the Territory government, following videos of the mistreatment of youth detainees aired by the ABC’s Four Corners program.

The Four Corners report contained graphic footage of prison guards stripping, assaulting and mistreating a teenage boy, who was one of six children tear-gassed at the Don Dale Youth Detention Centre in Darwin in 2014.

On Tuesday morning Mr Turnbull announced a royal commission into the mistreatment of young offenders at Darwin’s Don Dale detention facility, saying the Four Corners footage had left him “deeply shocked and appalled”.

Now a group of organisations including the Northern Land Council and the North Australian Aboriginal Justice Agency says the Federal Parliament has ultimate control over the Northern Territory, and has the power to remove its government and force an early election.

“Quite frankly what we’ve called for today is for the federal government to take a move to abolish or remove the current government,” Olga Havnen from Danila Dilba, an Aboriginal health service, said.

“Anybody that abuses their power in this kind of way have forfeited their rights to form government in my view.”

She also said the use of solitary confinement and physical restraints, such as the mechanical chair used to restrain an inmate, should stop immediately.

“This is about inflicting greater trauma and harm on those children, kids who are already vulnerable and at risk. It’s just simply unbelievable.”

The chief executive of the North Australian Aboriginal Justice Agency, Priscilla Collins, said the federal government needed to step in to ensure children being held in solitary confinement were “released immediately” and given therapeutic programs.

“By locking them up, that’s not going to deal with anything,” she said.

Ms Collins said politicians in the NT had been well aware of the problems in the youth detention system for years.

“There’s been two investigations. And those investigations have the full transcript of the video footage everyone saw last night,” she said.

“So when the Chief Minister and Attorney-General says they’re shocked – they can’t be shocked. They had access to this footage years ago.”

Ms Collins hit back at NT Chief Minister Adam Giles’ claim that there had been a “culture of cover up” in the corrections system.

“They’ve been fully aware of what’s going on.”

Ms Collins said most offenders in the NT youth justice system were on remand waiting to be sentenced and only 30 per cent of offenders had actually been sentenced.

She said of those “a minority are high-end offenders.”

“Most of them are in there for low offences and shouldn’t be in there before,” Ms Collins said.

Barrister Felicity Gerry QC was also at the press conference in Darwin and said the problem was systemic.

“We’re effectively criminalising a whole generation of the NT’s youth for reasons that we can’t quite properly fathom,” Ms Gerry said.

“We’ve got a cycle of children going in and out of prison for very short sentences with homelessness, disadvantage, ill health and mental health issues.”