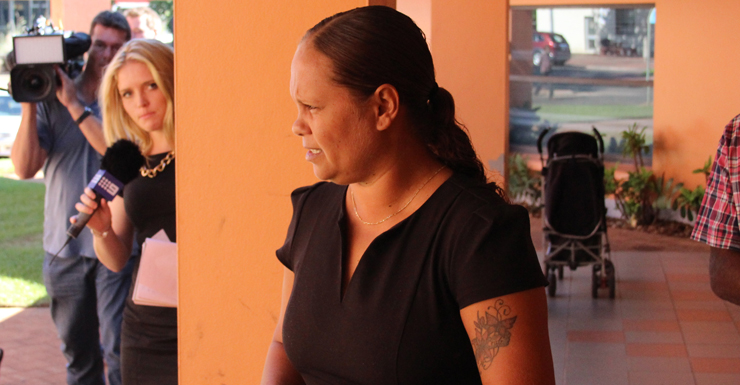 An independent Northern Territory politician is accusing the Parliamentary Speaker of unfairly ordering a late-night operation to re-claim her government-supplied vehicle from an underground hotel car park.

The secretive manoeuvre on Sunday night was the result of a stand-off between the Member for Arnhem Larisa Lee and Speaker Kezia Purick — ending with a 9:00pm email from the Parliament’s clerk notifying of the car’s removal.

Ms Lee had refused a directive to hand back her car, after she was given notice to appear in court for allegedly allowing an unlicensed person to drive it — her 17-year-old nephew.

Ms Lee said the Speaker had acted on media reports of her pending police charge, without waiting for the outcome of the court hearing.

She argued other politicians’ cars had been involved in more serious incidents and their vehicles were not confiscated.

Ms Lee used the example of Minister Peter Chandler’s son, who in 2011 crashed his father’s government car in an area known for hooning, whilst driving in the opposite direction to his claimed destination.

“[It’s] devastating. I mean, at the end of the day I need a car — the electorate of Arnhem is huge,” Ms Lee said.

Under Parliament’s rules, only the politician or the person they have officially nominated are allowed to drive government-supplied cars.

Ms Lee’s nephew was not a nominated driver.

The Speaker has the power to withdraw the vehicle if she has cause to believe it is being used improperly.

“I have exercised the power to suspend the entitlement as it applies to the Member for Arnhem as I have cause to believe there has been improper use,” Ms Purick said in a statement.

She said she was unable to comment further given the matter was subject to court proceeding.

Ms Lee admitted she did not follow the rules, when, after a day attending a funeral she allowed her nephew to drive relatives a short distance from home to the golf club in Katherine – but only, she said, after he told her he had a licence.

“I was gutted,” she said of the moment the police bought her nephew and car back home.

“I spent a long day, after [burying] my sister-in-law. The last thing I wanted was to be in the media in regards to something like this.”

But she argued media reports included descriptions that she was “reportedly drunk” at the time, made the situation appear worse — although she admitted to not responding to journalists’ requests for comment.

“I only had probably two drinks of vodka cruisers, two to three drinks. Three the most.”

Ms Lee has recently been propping up the CLP minority Government by voting along party lines.

But Ms Purick has been in stand-offs with her former party — the Government tried to sack her for criticisms of CLP politicians, as Speaker she foiled the Government’s first botched attempt to overturn a potentially damaging political donations inquiry, and there has been brawls over plans to develop her Darwin rural seat of Goyder.

Ms Lee had also come under fire for fuel card use in 2013.

It sparked an early examination by the auditor-general who found some politicians’ fuel cards couldn’t be properly audited due to errors and omissions, but concluded it unlikely there were “significant fraudulent transactions”.

Ms Lee said she was confident the charge would be dropped, but that it might take some time for the case to work through the courts.