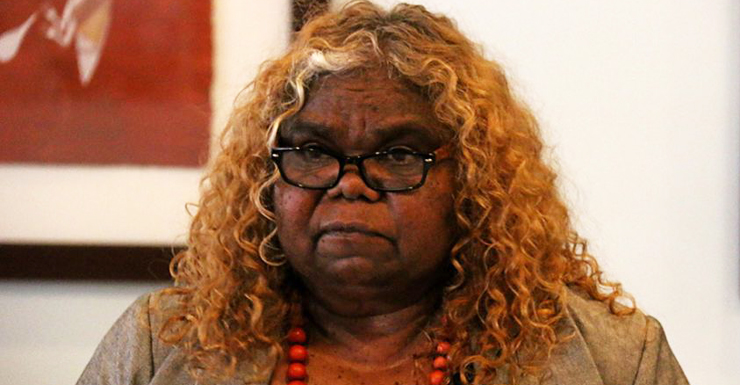 A Northern Territory government minister has continued her campaign to freely use her Aboriginal language in parliament by delivering a speech in her native tongue.

Bess Nungarrayi Price told NT parliament during adjournment on Monday night: “I’m proud to be speaking Warlpiri and addressing my people in the only language they fully understand.”

Mrs Price holds the seat of Stuart which occupies the western half of the NT and covers almost 384,000 sq km.

Warlpiri, spoken by several thousand Aboriginals in central Australia, is one of the main languages used by people in her electorate.

Despite a personal protest, Mrs Price was forced to comply with a recently-changed parliamentary ruling that she provide a written and verbal translation in English before speaking in Warlpiri.

She launched her campaign to be able to freely speak Warlpiri in Parliament late last year after being denied permission by the Speaker of the NT Legislative Assembly Kezia Purick.

Mrs Price had interjected in Warlpiri during a debate and was warned for disorderly conduct by Ms Purick who said “the language of the assembly is English.”

A subsequent review by the Standing Orders Committee three months ago brought about the following rule change: “A Member may rise to speak in any language other than English so long as an oral translation is provided in the English language by the same Member immediately prior to the words spoken in the language other than English and a written translation is tabled immediately prior to the contribution by the Member speaking.”

In a statement outside parliament, Mrs Price said she would continue to agitate for the right to spontaneously use her first language in Parliament and hoped her campaign would also help ensure that as many Aboriginal languages as possible were preserved.

“Late last year, my voice in Parliament was muted. English is not my first language and it is not the first language of many Territorians,” she said.

“My first language is Warlpiri which is one of the family of languages that came to this land 50,000 years ago, tens of millennia before Arthur Phillip and the First Fleet.”

Mrs Price said she felt it was important to give her speech in Warlpiri despite the “onerous” Standing Order applying to the use of another language in the NT Parliament.

“All of Warlpiri country is contained in my electorate,” she said. “I speak the language of those who elected me and I want to be able to use it in Parliament to be able to properly represent their voice.”

Mrs Price said it was ironic that when Aboriginal people were charged with breaking the law, they were allowed access to an interpreter service and could freely use their languages.

“Yet in Parliament, when we vote on those same laws we are not allowed to use our languages freely and have no right to use interpreters,” she said.

“Wouldn’t you think that our lawmakers are given at least the same rights as law breakers?”

Mrs Price said she had not objections to English which was the first language of her husband, daughter and grandsons.

“My strong desire is to see Aboriginal languages given greater acknowledgement so that we and our children can speak for ourselves,” she said.

“We are tired of being misinterpreted and being talked about and other people telling the world what is good for us and what we think in a language that is not our own.”

Mrs Price has won the support of Cape York Indigenous leader Noel Pearson who described Warlpiri as one of the “great ancient languages” of the Northern territory.

“There is something basically wrong if a language predating the existence of that territory and its parliament has no place in its deliberations,” he said in an article for The Australian newspaper earlier this year.