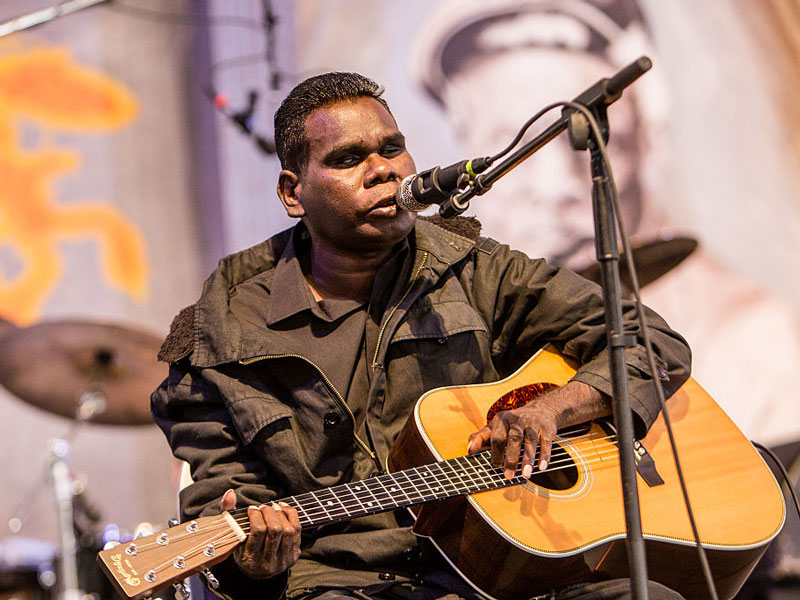 During an ABC radio interview on Wednesday night, Mr Elferink described the claim that Gurrumul nearly died because of racist assumptions made by Darwin hospital staff as “lunacy”.

“Frankly to extrapolate that racism and racial profiling is pervasive in the NT health system because a doctor makes a notation about previous alcohol abuse is nothing shy of lunacy,” the minister said.

“I am extremely cross that 7000 health professionals have been vilified by Skinnyfish as an organisation and I am starting to doubt the legitimacy of what Skinnyfish is doing.

“The Skinnyfish [music label] continues to raise issues of racial abuse at about the time when their talent is about to release albums or is on the touring circuit.”

Earlier in the week, the music label claimed that Gurrumul nearly died from undiagnosed internal bleeding in Royal Darwin Hospital over Easter because of racial profiling.

When asked by the interviewer if he believed this was a publicity stunt, the minister did not deny it.

Mr Elferink was joined in the radio studio by Gurrumul’s specialist Dr Paul Lawton, who insisted his client had been racially profiled. The doctor responded angrily to the minister’s comments: “I don’t stand for this sort of statement.”

To prove racism, Dr Lawson provided to the ABC a copy of Gurrumul’s medical records, with the permission of the musician.

In the file, hospital staff wrote “alcohol abuse” and the notation “EtOH”, which Dr Lawton said was shorthand for alcohol. The doctor interpreted the records as proof that Gurrumul was not treated properly for internal bleeding due to an “assumption” that he was intoxicated and thus not suffering from a more serious condition.

“That assumption was made when Gurrumul was very sick and unable to speak for himself.”

Dr Lawton said the singer should have been treated within six to 12 hours but did not receive treatment for almost 15 hours.

The minister repeatedly defended the hospital and the NT health system more generally. He pointed out that the medical records also noted the singer was no longer abusing alcohol, arguing it proved the staff did not make assumptions.

“He was overseen and assessed throughout the whole process,” Mr Elferink said.

“The surgical team spoke to him twice within an hour of him arrival at hospital to determine his stability. He was stable … the treatment was appropriate.”

When asked if he was satisfied with the hospital’s approach and that no further review was required, Mr Elferink said: “I have never been more satisfied in my life.”