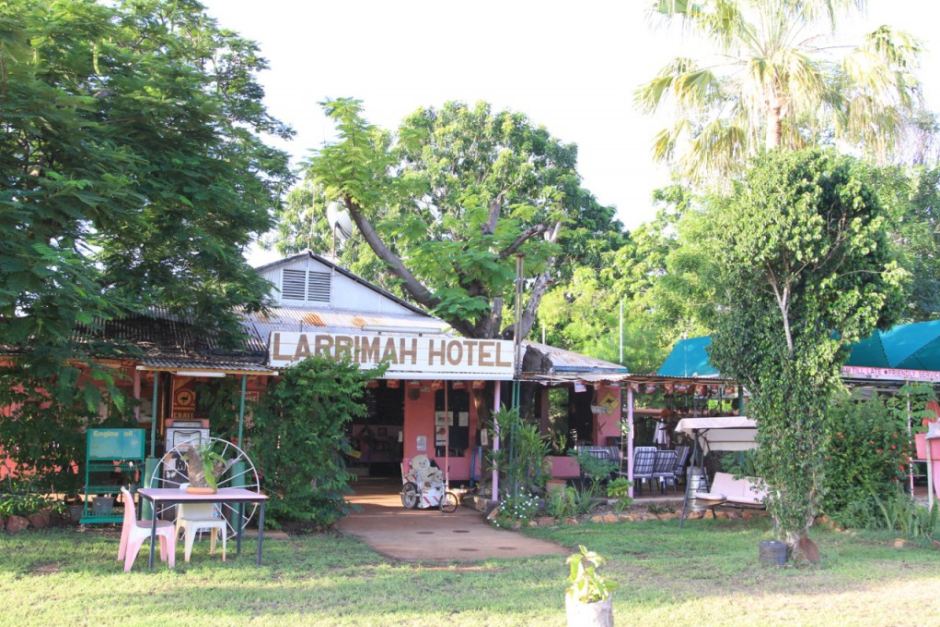 A remote Northern Territory pub has run out of its most important commodity – beer – due to flooding along the Stuart Highway.

A 300-kilometre stretch of the highway is closed between Mataranka and Elliott due to heavy rain from a low pressure system.

The Pink Panther pub at Larrimah is 75 kilometres south of Mataranka and is a popular tourist destination, as well as one of the only services in the tiny community.

• We give you the good and the bad about beer
• Aussie blokes shun beer, sip pink wines

Police have stopped vehicles heading south from Mataranka, but pub worker Kevin Horner said he hoped it would be possible to head north to restock his supplies.

“Well actually we can get through to Katherine, as far as I know, the boss is about to drive up to Katherine because we’ve run out of the most important things in the pub which is beer,” he said.

“Slim Dusty’s going to write a song about that, in fact I think he did.”

But despite being a pub with no beer, there are not many customers there to complain.

“We’ve only got one person staying here at the moment and we’ve got plenty of food,” Mr Horner said.

Although the rain had cleared to “almost bright blue sky” over Larrimah, Mr Horner said the area had an unusual amount of heavy rain in the last few days.

“We had three days of continuous heavy rain up to about a hundred millimetres a day, which is unusual for here,” he said.

The managers of the next roadhouse south, the Hi-Way Inn, said a creek was up over the highway about 20 kilometres north of them.

The Northern Territory’s pub with no beer