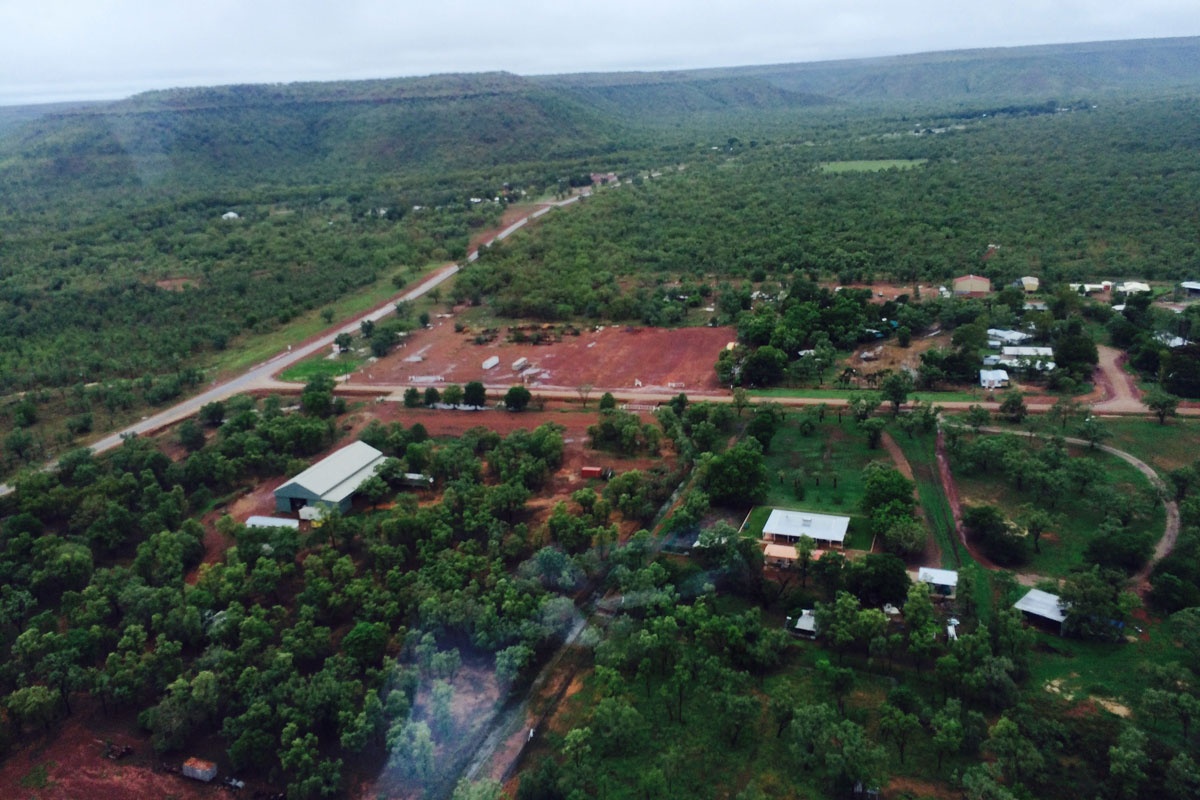 Authorities have warned flooding in the Top End has increased the chances of crocodiles in population centres, with the message “you might not see them, but they can see you”.

“Stay five metres away from the water at all times and remember that saltwater crocodiles can be found in all Top End waterways at all times,” Northern Territory Parks and Wildlife Commission posted on their Facebook page.

“You might not see them, but they can see you.”

The Bureau of Meteotrology (BoM) said the Barkly region, which is in the central eastern parts of the Northern Territory, should brace for heavy rainfall over the next few days.

The tropical low which has dumped up to 600 millimetres in some parts of the Top End and caused major flooding is moving south-east, towards the Simpson Desert.

Rainfall is predicted to ease for the Top End, but the BoM said flood levels would remain high in the Daly River area, about 200 kilometres south of Darwin, where almost 500 people have been evacuated.

On Sunday, a 59-year-old woman drowned and a man was swept away in swollen waterways in the Top End after heavy rainfall associated with the tropical low cut roads.

The woman was pulled from the car trapped in flooded Dook Creek, near the community of Beswick, 100 kilometres east of Katherine.

Assistant Commissioner Jeanette Kerr said police saw the stranded car on Sunday evening while they were travelling to Beswick by helicopter.

“And the woman had been unable to escape and drowned.

“CPR was conducted, but unfortunately they were unable to save her.”

She said a coroner was investigating the woman’s death and the other four people in the car were safe.

“This is the second person washed away this Christmas in floodwaters,” Assistant Commissioner Kerr said.

“A 28-year-old man was also washed away — he was with two others trying to swim a flooded creek in Peppimenarti, and unfortunately he wasn’t strong enough to make it to the other side.”

The other two men managed to swim to safety.

The missing man has still not been found.