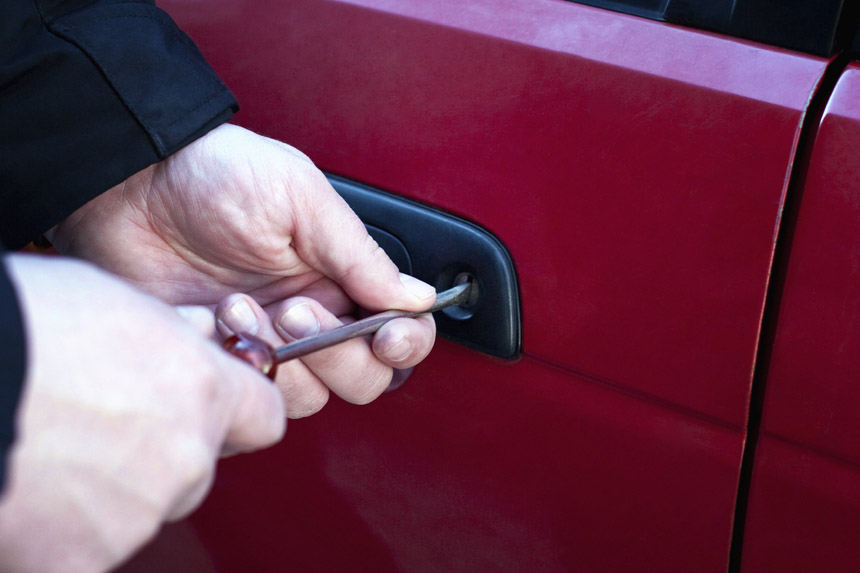 A woman was arrested after allegedly driving a stolen car with drugs inside to answer bail at a police station in the Northern Territory.

Police said the 20-year-old woman went to Casuarina Police Station as part of her bail conditions, but was arrested before getting to the front counter.

“An eagle-eyed officer noticed the vehicle she drove to the station was listed as stolen,” police said in a statement.

“The female did not possess a valid licence and a search of the vehicle by detectives from Strike Force Trident uncovered an amount of methamphetamine,” the statement said.

The woman was issued a raft of new charges, and was again given bail, and is due to appear before Darwin Magistrates Court next year.

August 2014 – A man took part in an attack in Darwin’s CBD then took off his top and ran around, revealing his name tattooed across his back.

November 2013 – A person advertises to sell “grade A medical cannabis kush” on a well known Darwin Facebook page, along with photos of his goods. Police later arrest him, with one detective saying: “I think there is a village out there missing its idiot.”

October 2013 – A bike thief riding along Daly Street near Darwin CBD was complimented by a passerby on his nice bike. His reply: “Thanks, I stole it”. The pedestrian called police who captured the offender.

August 2012 – NT politician John Elferink was holding a media conference when a drunk man ran over to him and kicked him as part of a bet. Mr Elferink, a former policeman, tried to arrest the man, who was later fined $2,200 after being charged with aggravated assault and escaping lawful custody.

July 2012 – A Darwin man gained international notoriety after setting off a firecracker he had inserted into his buttocks. As well as suffering serious burns, the man ended up in hospital with a $282 fine for illegally setting off fireworks.

January 2008 – A 17-year-old girl in Alice Springs who was driving a car while unlicensed was caught at 1:00am with a high blood alcohol reading. She was bailed but caught again two hours later driving the same car and still drunk.