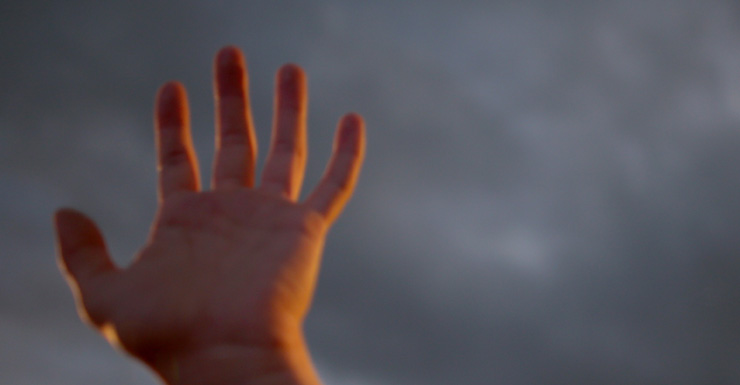 A Darwin couple has allegedly been choked, punched, almost rammed with a car and attacked with windscreen wipers and a beer bottle, all because of a mistaken hand gesture.

On Friday night, Colin Mcinerney mistook a ‘family’ in a 4WD at McDonalds as a group of his mates and waved “with his pinky… as you do in the Territory”, his girlfriend told NT News.

The man in the car, who was driving with a woman and three boys, reportedly took offence at the gesture.

“[T]he man got out and started yelling at us and asking what the hand gesture was all about and going right off his head,” Rachael Sheppard said.

“We told them we thought they were mates but the older bloke just started bashing Col and stomping on his head.”

A beer bottle was smashed over Colin’s head and the three boys started “bashing” him too.

Then the woman tried to “ram” Ms Sheppard with the 4WD, she said.

“I could touch the bullbars and was just crying because it was so scary.

“It was just mental.

“The younger boys were grabbing windscreen cleaners and water bottles and even had a windscreen wiper off their own car that they were using to attack Col with.”

Local police confirmed they responded to the incident at approximately 7:15pm.