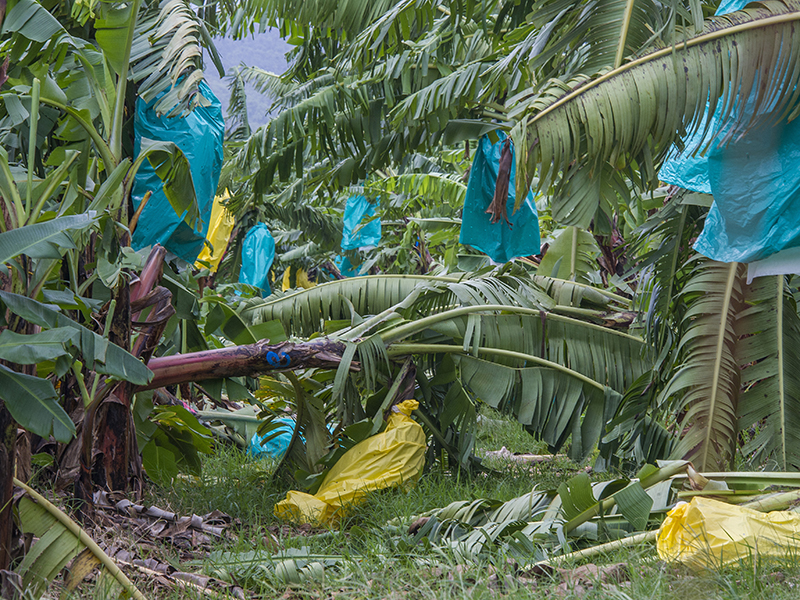 Tropical Cyclone Nathan has been downgraded to a tropical low, as it continues to move south-west across Arnhem Land.

The Bureau of Meteorology (BOM) issued advice at 2:01pm CST which said winds near the centre of the storm system were at 55 kilometres per hour, with gusts up to 85 kph.

The Bureau also cancelled its cyclone warning for Goulburn Island to Milikapiti and Gunbalunya to Cape Hotham, which means there are now no cyclone warnings in place.

But damaging wind gusts and heavy rain are still expected over Arnhem Land, and the BOM has issued a separate flood watch.

Rainfall during the next two days could be 100 to 150 millimetres, which could affect road access and isolate communities.

Ten communities across Kakadu National Park in the Northern Territory are being evacuated ahead of ex-Tropical Cyclone Nathan, which made landfall as a category one system overnight.

Buses in Jabiru, 250 kilometres east of Darwin, are being used to transport people to the town’s community hall evacuation centre.

There have been fears the cyclone could cause flooding and isolate some of the territory’s remote communities.

Communities on the eastern fringe of the system recorded heavy rain with 109 millimetres falling at Maningrida and 150mm in Milingimbi in the 24 hours to Tuesday morning.

TC Nathan weakened and crossed the coast between Goulburn Island and Maningrida on the eastern Arnhem Land coast around 6:30am with winds of about 120 kilometres per hour.

On Tuesday morning, the BOM said heavy rain and gusty winds were expected in Darwin within the next 48 hours.

“It’s actually had a pretty terrible night. It’s weakened quite a bit, so now we have analysed it as a category one system,” she said.

Residents between Maningrida and Goulburn Island have been warned to expect a dangerous storm tide as the cyclone spins its way inland.

Residents of Goulburn Island were evacuated ahead of Nathan’s expected arrival.