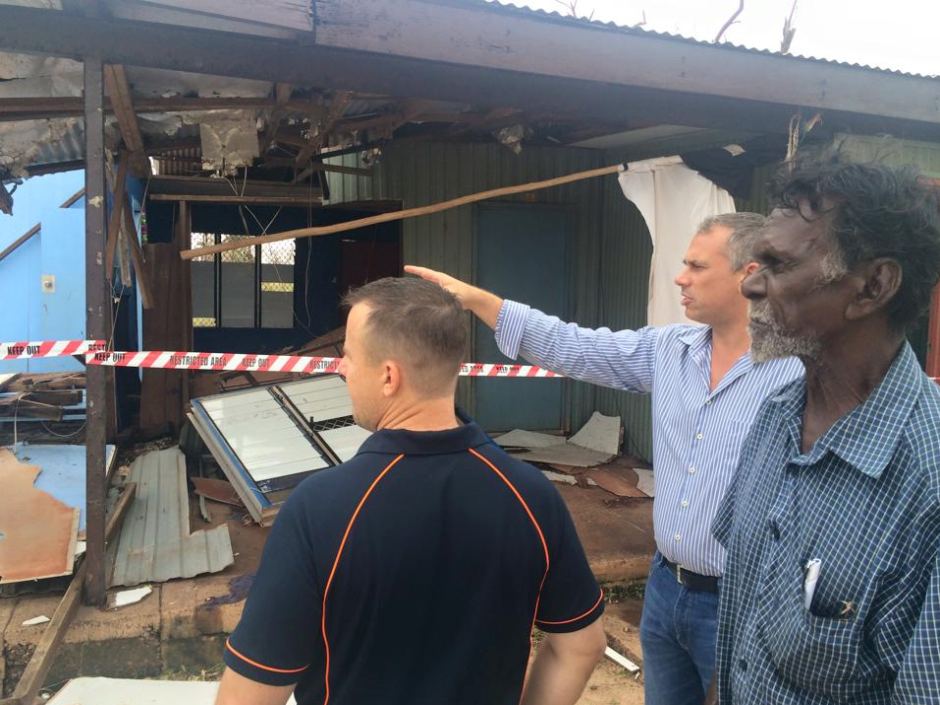 A team of volunteers from Alice Springs is being flown to cyclone-hit areas of the Northern Territory to relieve exhausted emergency crews as the recovery effort continues.

Volunteers have been working long shifts since Cyclone Lam hit parts of Arnhem Land as a category four storm late on Thursday.

As well as powerlines being knocked down and houses destroyed on Elcho Island when the 230km/h winds struck, water supplies were affected and communications were brought down in the hardest hit areas, which also included the communities of Galiwinku, Gapuwiyak, Milingimbi and Ramingining.

The team of 10 emergency service volunteers was due to arrive in Darwin from Alice Springs in two planes, which were expected to land Monday afternoon and evening.

From there they will head to the most devastated communities and be joined by five more volunteers from Maningrida.

“It is very difficult to put a time on how long things are going to take for things to get back to normal, but what we can say is that it is more than one or two shifts,” Mr Warton said.

“It (Cyclone Lam) was more devastating that you sort of pick up from the photos.”

While emergency service staff were working in Arnhem, Mr Warton asked locals to give them space to complete the jobs and to be aware that just because the storm had passed did not mean the dangers were over.

“Obviously where there are those fallen powerlines are, please be careful,” he said.

Cyclone Lam began to be felt in Elcho Island on Thursday afternoon and crossed the coast onto mainland Australia about 2am (ACST) on Friday.

Meanwhile a campaign has begun to try and raise $30,000 for people affected by Cyclone Lam.

A crowd-funding website said the money being raised would be used to provide urgently required items such as chainsaws and generators.

On Monday, the day after the campaign began, the group had already raised more than $12,000 from 190 backers.