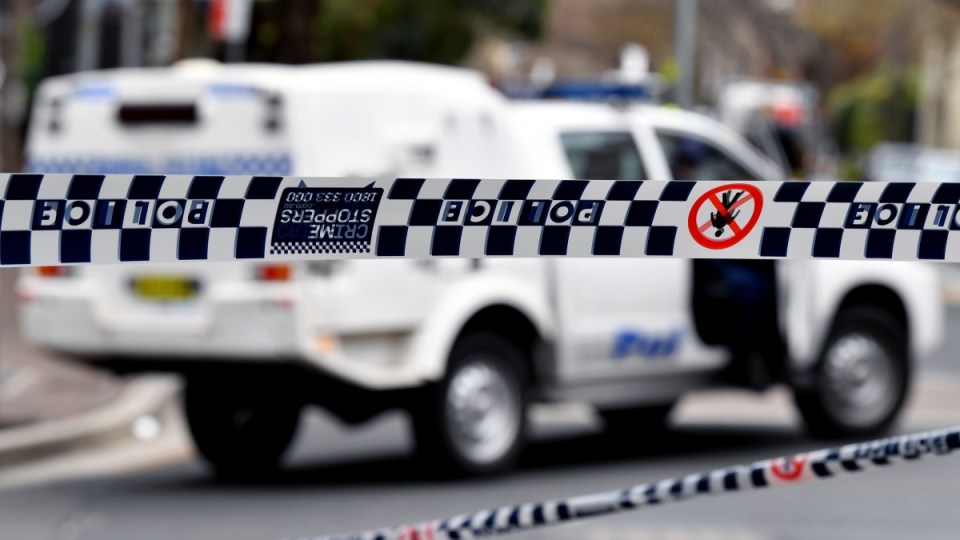 The wounded child may suffer lifelong complications from the bullet wound to her hip. Photo: AAP

Police have charged one man and are hunting another after a nine-year-old girl was shot outside her home in Sydney’s south.

The child was rushed to hospital with non-life threatening injuries, including a shot to the hip, which may leave her with with lifelong difficulties.

Police were called to the Connells Point home, 20km south of Sydney’s city centre, on Friday evening after reports of shots fired, triggering a manhunt by the NSW anti-bikie squad.

The girl, her sister and mother had been unloading groceries before 6pm when the alleged shooter approached from the driveway and fired at the house.

Police say he fled in a black BMW, which was found on fire a short time later in the nearby suburb of Oatley. The 34-year-old was apprehended soon afterward.

Detective Superintendent Grant Taylor said another man was involved. He is still on the run.

The intended target was a man who lived at the Connells Point house, Det Supt Taylor said. The man, who is known to police, was not home at the time.

“It is not bikie-related but it is connected to criminal networks that are known to us,” Det Supt Taylor said.

The same house was involved in a gangland shooting in November last year.

Det Supt Taylor said it was unclear if the children were the target but he said the nine-year-old, who was in her pyjamas, would have been hard to mistake for an adult.

Police also seized a red Mini Cooper in Oatley near where the captured man was found, which they believe had been parked there days earlier.

The man was charged with shooting with intent to murder and will face Parramatta Bail Court on Saturday.

“This shooting was a dangerous, ungainly act of violence that resulted in a child being rushed to hospital for surgery,” he said in a statement earlier.

Police urged the public to come forward with any information they had.