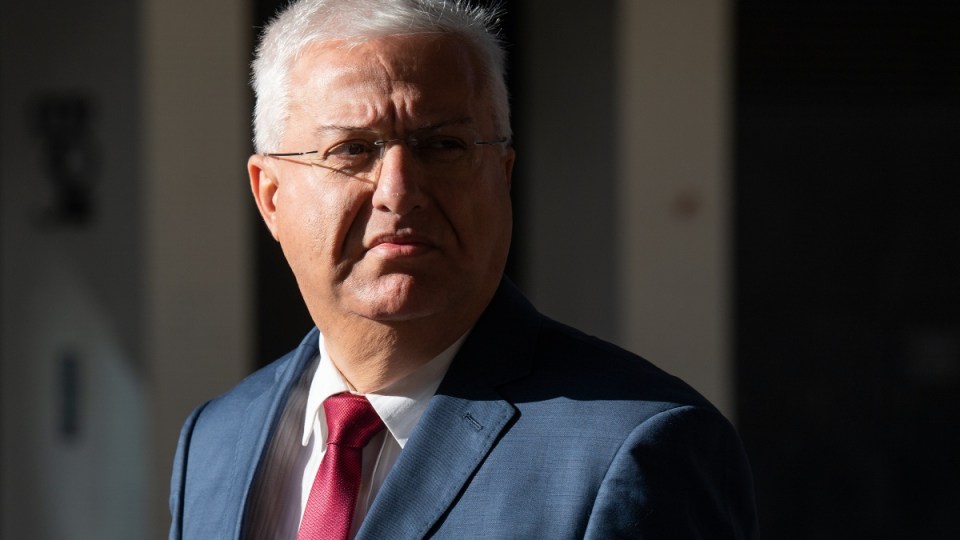 A young woman has told a court Frank Zumbo spent years acting indecently, in a charge he denies. Photo: AAP

A young woman has told a court the office manager of former MP Craig Kelly spent years kissing, and sexually touching her – but she was still shocked by one incident that brought her to tears.

She had been out to a dinner with Francesco “Frank” Zumbo to secure a reference from her boss she had worked with for three years, she told Sydney’s Local Court on Thursday.

Following a night cap “for old time’s sake”, she asked for a lift home but Zumbo insisted on just “one more cigarette”.

Sitting on a park bench he pulled the woman in close, kissing her on the cheek. The young woman then looked down.

“His pants were unzipped and his penis was out a bit.”

She had mentally prepared for a kiss on the cheek, telling herself to “just get through this”. But after seeing “his dick on the bench” she began crying.

She asked to go home.

Zumbo, 55, is accused by five women of 20 charges including sexual touching and indecent assault between 2014 and 2020.

He has pleaded not guilty to all charges and argues he created a collegial work environment but no sexual activity ever occurred.

The witness, aged 21, had met Zumbo who was a professor at the University of NSW and was excited that he was advocating for young girls to get an opportunity in politics.

“Nobody else gave us a chance,” she said.

The greetings in Mr Kelly’s office, where he was largely absent while in Canberra, always began with the door closed, blinds drawn, and a kiss on her cheek.

She said she was uncomfortable, but “it wasn’t the worst thing in the world”.

This escalated, she said, and he told her friendships were a two-way street and asked her to reciprocate the kiss on him, in line with his “Italian culture”.

By the end he was lifting her up and rubbing her in a tight grip, she said.

During her tenure at the Sutherland Shire Office as an electoral officer, Zumbo had made the girls join a group message chat, referring to them as a “sisterhood”. He was also an “honorary member” included in the chat.

After the witness left her job a new group chat was formed, called Sisterhood Trauma Support.

He regularly referred to the witness as a “hot piece of arse” and would interrogate her sexual relationships, getting angry when she said she was in one.

But the “sisterhood” was not allowed to speak outside the office, she said.

When he found out two colleagues were catching the train to the office together he phoned one to ensure there was no contact between them.

She said their relationship turned volatile and there were many fights.

On one occasion, he had grabbed her by the waist and pulled her in closer while she had been smoking outside on a balcony. He tried to kiss her on the lips but she pushed him away.

After multiple incidents, she told him it was sexual assault.

He responded that if she were to make those allegations that, “I would be another girl not good at my job claiming (it) to defend myself”.