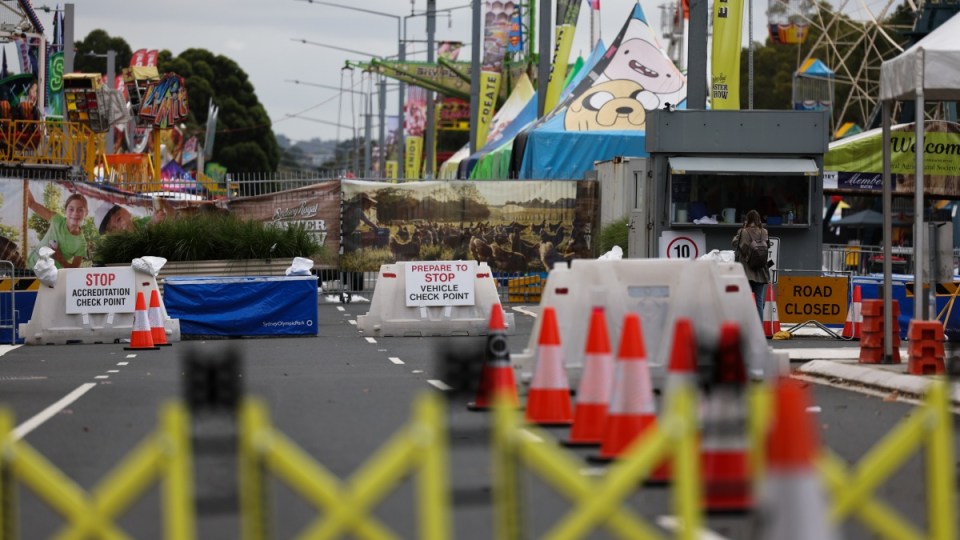 "It's not the time now to stay silent" over the fatal stabbing at the Royal Easter Show, police say Photo: AAP

More police officers will patrol Sydney’s Royal Easter Show as security is ramped up at the annual family event after a teenager was stabbed to death.

The Royal Agricultural Society of NSW has announced a range of measures to help keep patrons safe after one of its 17-year-old workers was killed on Monday night at the crowded carnival section of the show.

NSW Police said the ride attendant was caught up in a brawl between two young groups. A second boy was stabbed in the leg and a 15-year-old was arrested and charged with carrying a knife, but is not charged over the older teenager’s death.

The rides were closed on Tuesday as police declared the area a crime scene.

The RAS issued a statement saying all the rides would be open on Wednesday but the main carnival area would close at 9.30pm.

RAS NSW chief executive Murray Wilton said there would also be a significant additional NSW Police presence from the afternoon.

There will also be additional lighting in the main carnival area, more bag checks and an increased visibility of metal detectors.

“We have closed the carnival entry gates and people will come in through members’ [gates],” he told the Nine Network.

“We will have a complete visual for everyone entering the Easter Show.”

The enhanced security measures were taken after consultation with police after the killing on Monday night – on top of new security already implemented this year.

“We did implement changes for this year without a doubt,” Mr Wilton said.

“Quite obviously, it wasn’t enough. That is why we addressed it yesterday.

“It is the largest event in the country, it is a family event and it is not acceptable for people to carry knives.”

Police are hunting more suspects over the targeted attack.

“We believe that there is someone who we still need to identify that is responsible for the stabbing,” Superintendent Danielle Emerton said on Tuesday.

“It may be one person, it may be a number of people.”

Strike Force Calle has been established to investigate.