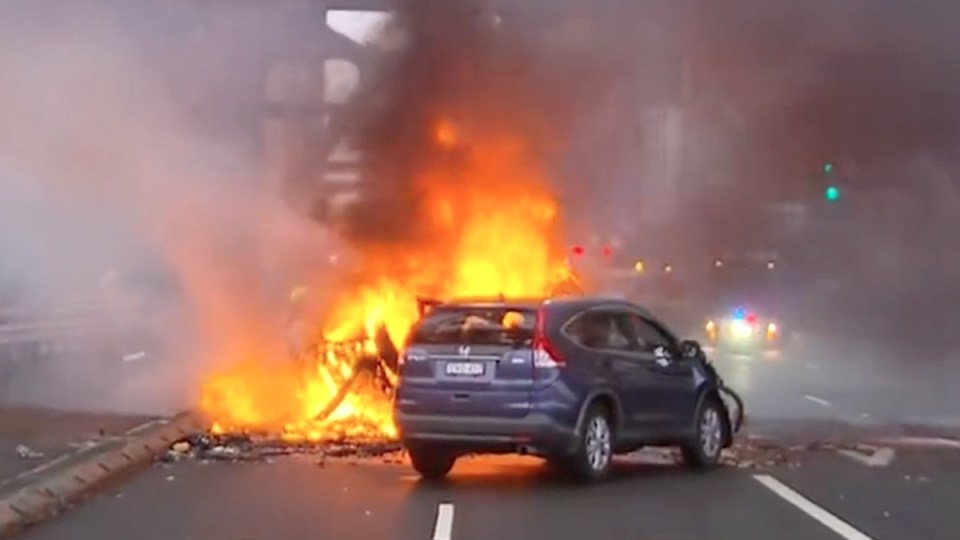 A distinctive tattoo has helped police identify the driver of a stolen four-wheel-drive involved in a fiery crash on the Sydney Harbour Bridge as a 19-year-old man from Queensland.

Police say the Toyota Kluger he was driving was stolen just before 7am from the Sydney CBD before it crashed head-on – only minutes later – into a van, flipping and bursting into flames.

The impact caused the van to bounce, crashing into a third car.

The three drivers were hospitalised and the ensuing carnage closed the bridge for about three hours, causing traffic chaos.

Investigators were able to identify the Kluger driver following a public appeal for information on Tuesday, which included releasing a photo of a distinctive tattoo on the man’s hand.

Police thanked the public and media for their help in identifying the man.

Inquiries into the circumstances of the crash continue.