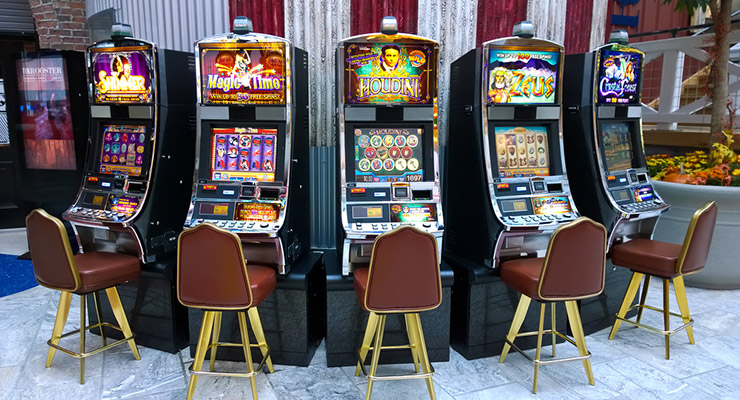 Gambling addicts received loans of up to $8000 to keep them pushing the 'play' button,, authorities say.Photo: AAP

A western Sydney pub has been fined more than $100,000 for incentivising gamblers after managers and even a security guard loaned cash to help pokie users keep gambling.

Parramatta’s Rose and Crown Hotel came to the attention of authorities thanks to a disgruntled manager who was herself convicted of stealing $15,000 from the pub.

Staff gave gamblers free booze and cigarettes, loaned cash from the pub’s safe and allowed punters to make at least $145,000 in credit and debit withdrawals from the eftpos machine.

It also fined pub manager Paul Camkin $10,000 and barred him from being a licensee or managing a hotel for a year.

Two of his close associates were reprimanded and the three men were ordered to pay the costs of the regulator’s investigation.

The regulator’s chair, Phil Crawford, thanked the pub’s general manager, Samantha Glynn, for tipping off authorities. Ms Glynn was charged by NSW Police with stealing $15,000 and put under an 18-month intensive corrections order.

The regulator said Ms Glynn was manipulating the poker machines’ payout systems, allegedly allowing her to steal as much as $400,000.

When caught by the Rose and Crown’s management and suspended, Ms Glynn then reported the hotel to the gaming authority.

“Thanks to the tip-off from the general manager, we were able to step in and investigate the hotel, ultimately holding the licensee and its close associates to account,” Mr Crawford said.

“The hotel was essentially facilitating cash advances for gambling via a system of fake transactions and this is an obvious risk for problem gambling.”