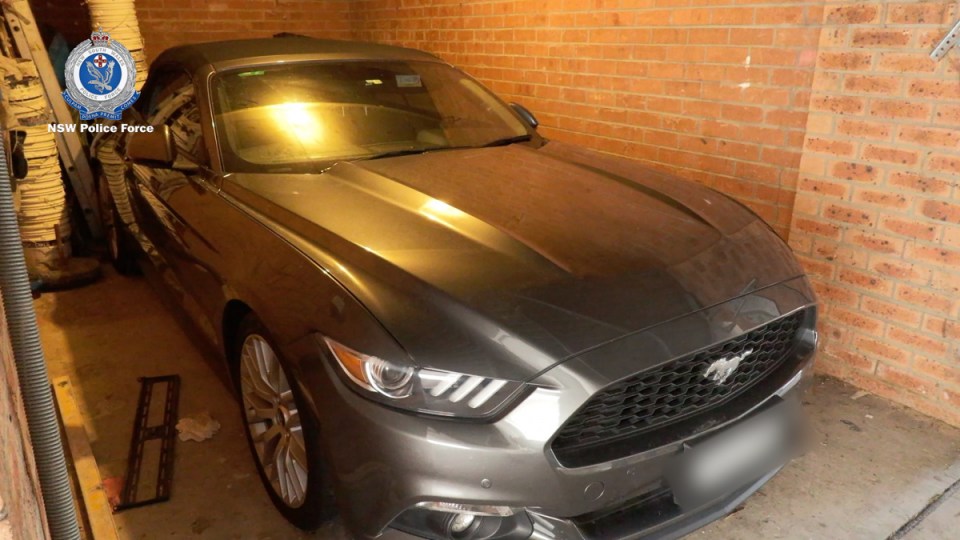 A Mustang seized on Friday is believed to have been used in the killing of Salim and Toufik Hamze. Photo: AAP

The suspected getaway car from a double murder in Sydney’s west has been seized as police continue to try to disrupt and suppress criminal gang activity in the city.

The Ford Mustang was found at a Guildford unit last Friday and is believed to be the car used in the execution-style murder of Salim Hamze, 18, and his father Toufik Hamze, 64.

The men were shot dead in Guildford last Wednesday, prompting the announcement of Strike Force Hawk and additional officers being assigned to the gang-targeting Strike Force Raptor.

Police said illicit drugs and other items were also seized.

Police will review CCTV footage of the area around the unit.

The shooting has been linked to an ongoing feud between the Hamze and Alameddine crime families.

Four members of the Hamze family have been killed so far this year and Det Supt Bennett said “no one is co-operating” with police.

“We’ll protect and support the community against the Hamze family’s activities as much as we can.

“If the Hamze family is not feeling they’re getting as much protection from police as they can they need to come see me and ask what they want and tell us what they know.”