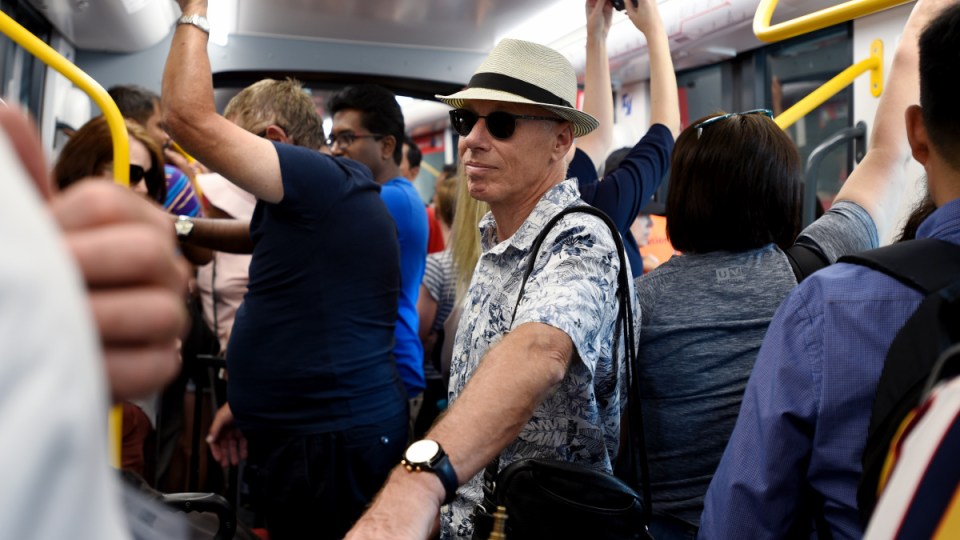 A mechanical issue was blamed for a tram stopping near Circular Quay on Saturday afternoon, forcing all other northbound services to terminate at Town Hall.

The power loss left the broken-down tram blocking both lines for about an hour.

Ok … so the Sydney Light Rail has broken down on day one?!? I am appalled by how badly the light rail has been managed, but, now it’s built I really want it to work. So dreadfully frustrating this incompetence from the LibNats in #NSWpol pic.twitter.com/IIbfCMbrF2

Also on Saturday, a male passenger had a stroke near Haymarket, causing trams to be stopped for around 20 minutes.

The $2.9 billion line between Circular Quay to Randwick was opened to the public on Saturday.

The NSW government hailed the return of passenger trams to George Street in the CBD as changing the city forever.

A select group of passengers took the first trip from Circular Quay to Randwick.

The line’s development means the return of a light rail network in Sydney for the first time since 1961, and the first trams on George St since 1958.

“It’s changed the city forever and it’s going to be a phenomenal project for so many, over many generations to come,” transport minister Andrew Constance said at an opening ceremony on Saturday.

“The trams should have never been taken out – everyone is nodding – so we put them back in.”

Frank Ayrton, an 83-year-old who worked as a conductor on the old network, was among the select few able to ride the first service with Mr Constance and Premier Gladys Berejiklian.

“We had the footboards. My job was to walk along the outside and get the fares.

“One hand was for the money, the other hand for the tickets and all you had to hand on with was your elbow.”

No fares will be charged during the opening weekend.

The project had already been plagued by cost blow-outs and significant delays.

The branch line to Kingsford isn’t expected to open until March.

A coupled tram holds up to 450 passengers, the equivalent of nine buses.

Some 200,000 kilometres of tram testing has already taken place while the 100 drivers have each undertaken 190 hours of training.

The new network will move up to 13,500 commuters an hour during peak time in both directions, the state government said.

Sydney light rail breaks down on day one