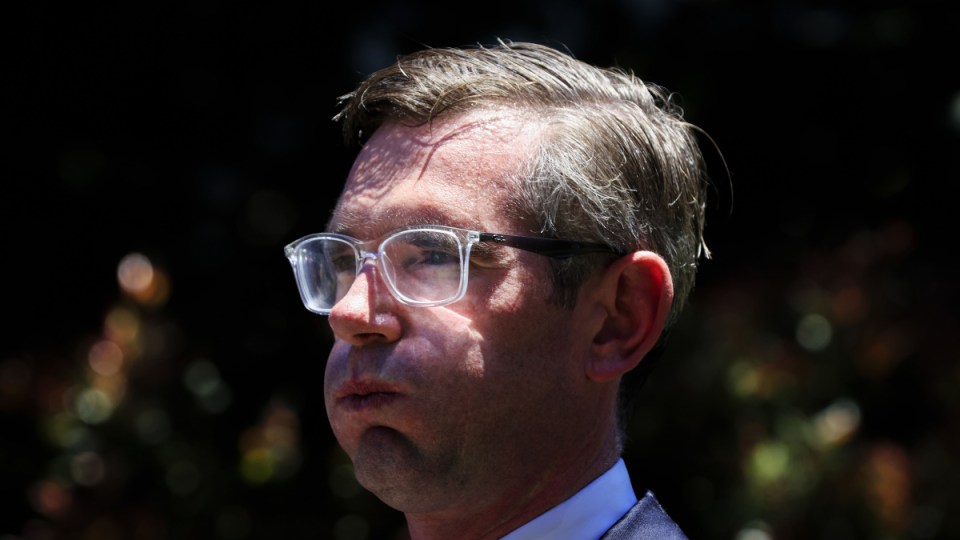 Seeking to heal a fractured Liberal Party hounded by political scandals, NSW Premier Dominic Perrottet has promised to deliver a grand vision for the state ahead of next year’s election.

“It is up to us the party of all to unite around those Liberal values,” Mr Perrottet said in a speech to Liberal delegates at the State Council in western Sydney on Saturday, noting those values were built around “freedom, family and faith”.

Mr Perrottet said candidate selections would be firmly within the party’s state operations instead of the federal executive.

“One of the most important rights of our party members is the power to select candidates to represent your ballots,” he said.

He also said he would like more women and culturally diverse representatives as candidates.

His speech comes after Stuart Ayres quit as trade minister following weeks of pressure for his role in the controversial appointment of former deputy premier John Barilaro to a New York-based trade envoy role.

Eleni Petinos was also dumped as fair trading minister last week after bullying accusations were levelled against her by former staff.

“I’m not saying we don’t have our issues. Of course we do,” he told hundreds of the party faithful at Rosehill Gardens Racecourse.

It also comes after the Coalition lost the federal election to Labor in May.

Mr Perrottet painted a positive outlook for his party seeking to “rebuild, to refresh, to revitalise” new policies to attract voters ahead of March 2023 state election.

But he also took shots at Labor and unions who have been agitating for better pay and working conditions for several professions, including nurses, teachers and rail workers.

“We’re reforming our education system that is built around our children and not around the demands of union bosses,” he said.

“We need less ideology in schools and more reading, writing and arithmetic.”

At an inquiry on Thursday into the state’s teacher shortage, NSW Teachers Federation president Angelo Gavrielatos said Mr Perrottet’s government was failing students across the state for not retaining teachers and failing to attract new ones.

The Premier, who described himself as a staunch conservative, trumpeted his state’s healthcare as “the best in the country … bar none”, weathering the COVID-19 pandemic.

He said he would provide a new “vision” for healthcare nationwide.

Mr Perrottet rounded off his address with a plea to voters, spruiking his government’s stability, despite its recent scandals, ahead of the opposition.

“NSW faces a choice; our party of progress and Labor’s party of protest,” he said, describing the opposition as a party with “no plans, no priorities and no policies”.

He referred to the resilient spirit of flood victims who endured four floods in the past 18 months, vowing to represent them directly through his party’s conservative values.

“These are the people who we’re here to represent. Their battles must become our battles as we fight for them,” Mr Perrottet said.

“Right now … they need us to step up to unite (and) to focus on what really matters because they know that … in NSW only one side of politics provides any real hope for a brighter future and no one can deny that.”

COVID-19 and autoimmune rheumatic diseases: Vaccine insufficient protection against Omicron
‘This is not a barbecue’: A short history of neckties in the Australian parliament and at work
Today's Stories