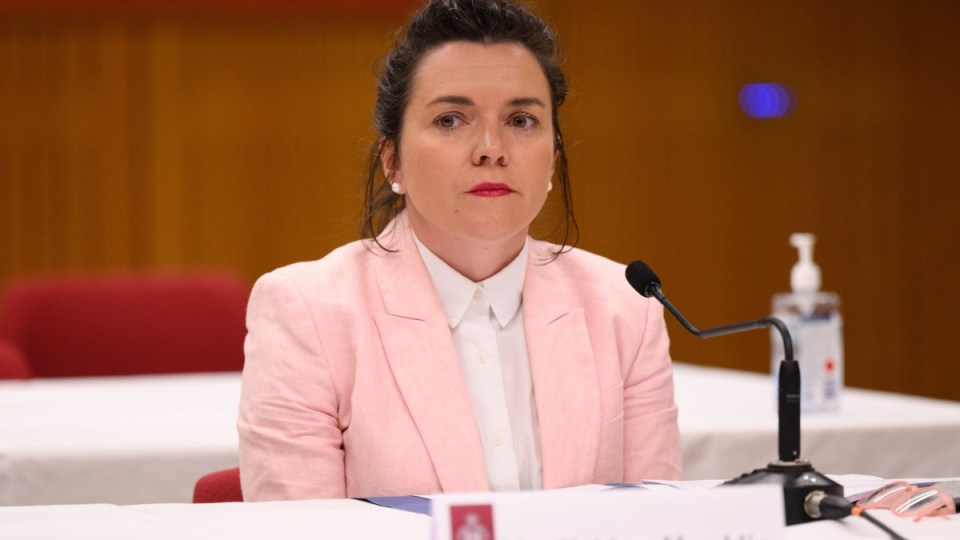 A member of the selection panel that helped appoint John Barilaro to a New York trade role says the recruitment firm involved had an “unconscious bias” against the former NSW deputy premier.

Ms Bell said the recruitment process was imperfect, but she was never contacted by any government office seeking to appoint Mr Barilaro.

She endorsed Mr Barilaro’s candidacy “based on his skills and experience with this very particular role”.

Documents revealed at the inquiry show a report from the firm grading candidates was altered and gave Mr Barilaro a higher rating.

Ms Bell said the firm revised the report as it did not reflect the views of the selection panel that had assessed candidates.

“I feel like there was a bit of an unconscious bias against (Mr Barilaro) if I’m honest,” Ms Bell told the hearing.

“All we did was include in the text why eventually she had not been selected on the comparison to Mr Barilaro,” Ms Bell said.

“The reason she was not selected was not because she would not be great in one of these roles.

“The question became whether she was going to be great for this particular role, given most of her expertise was in Asia.”

She suggested Ms Cole was considered favourably by the recruitment firm because it knew Investment NSW was conscious it had no women senior trade and investment commissioners.

“I think (they) tried to help us along that route,” Ms Bell said.

“Someone should not be employed because they’re a female if they are not the best person for the job.”

Earlier on Friday, Mr Barilaro’s former chief of staff Siobhan Hamblin told the hearing she tried to stop him resigning his positions as trade minister and deputy premier in October.

She was aware of his intention for several months in comments ranging from “flippant” to “somewhat serious”.

“My advice to Mr Barilaro on that day was that any plans (he) may have to leave politics should be shelved for the sake of stable government and for the people of NSW as we were still in the grips of a lockdown,” Ms Hamblin said.

She was pre-occupied with the COVID-19 pandemic and could not recall discussions about a cabinet submission in September last year to change the roles of several new trade commissioners to ministerial rather than public service appointments.

Another staffer described the submission as an urgent request, but Ms Hamblin couldn’t remember why.

“Given that I can’t recall that, I suspect that whatever the answer was didn’t raise with me any particular red flags,” she said.

Labor committee member Daniel Mookhey suggested the urgency might be because Mr Barilaro had already started considering his resignation.

The former deputy premier’s much-anticipated appearance at the inquiry is scheduled for Monday.

Labor has pledged to abolish all senior trade and investment commissioner roles if it wins the March state election.

Opposition trade spokesman Anoulack Chanthivong said the roles had been “mired in scandal” and a suitable replacement program would be developed.