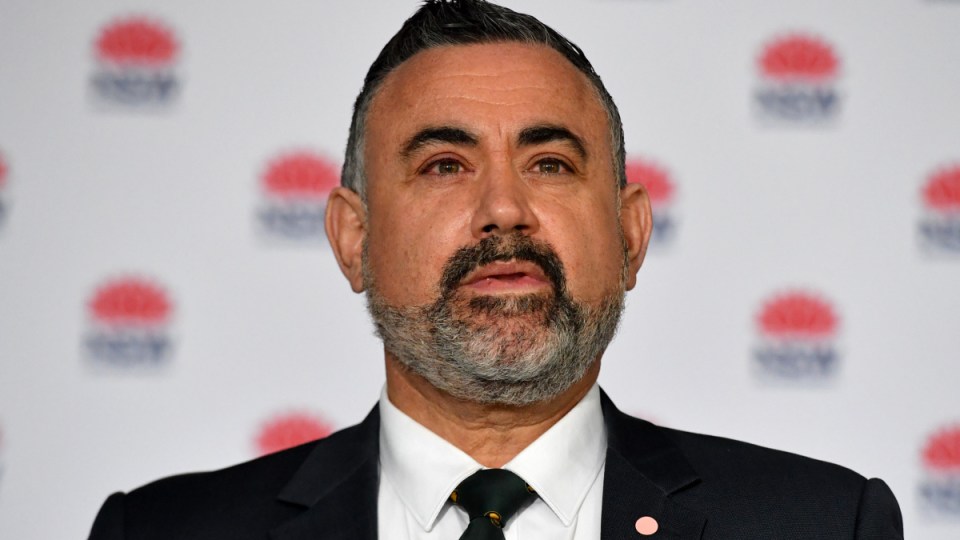 With pressure mounting on the Perrottet government in ahead of the March state election, Mr Ayres is holding on to his position as deputy leader and trade minister.

“I’ve not done anything wrong,” he said on Monday.

“There is no reason for me to stand aside.”

Mr Ayres again defended the appointment of Mr Barilaro as senior trade and investment commissioner to the Americas, saying it was a public service appointment and blaming Investment NSW CEO Amy Brown for the decision to appoint the former deputy premier.

Mr Barilaro stepped down from the role in June, less than two weeks after he was announced as the commissioner. His appointment is now subject to two inquiries.

More emails, reports and Mr Barilaro’s CV were among documents released on Monday before the upper house inquiry resumes hearings on Wednesday, where Ms Brown will return to give evidence for a second time.

The weeks-long saga continues to dog Premier Dominic Perrottet, who returned from a 10-day trade mission to Asia on the weekend, where he was joined by Mr Ayres in India.

In a lengthy Facebook post on Sunday night, Mr Ayres insisted he was never personally close to Mr Barilaro.

“I don’t think we ever called each other close friends,” he said.

“In fact, I can’t think of one time in the 11 years we were both in parliament together that we shared a meal or a beer together outside of a work function.”

However, Mr Ayres let Mr Barilaro know the Americas role would be readvertised, and sent him a copy of the ad when it was.

“A number of other people reached out and I directed all of them back to the public service,” Mr Ayres said on Monday.

He said he would have to go back and check if he had sent any of them a copy of the job ad.

The Labor opposition says the government’s “fingerprints” are all over the controversial appointment.

Labor accused Mr Ayres of lying after he said he did not meet Mr Barilaro during the recruitment process and had maintained his distance.

Tabled documents include an email sent by Ms Brown in February, saying she had discussed a shortlist of candidates with Mr Ayres.

She said Mr Ayres had requested adding a candidate, whose name has not been made public.

Mr Ayes said on Monday that was an ordinary update for a minister to receive from a department secretary or agency head and he was not requesting any names be added.

“The discussion was about people that were already on the list … the decision who goes on to that shortlist is not for me,” he said.

Another Investment NSW document shows Mr Ayres and Mr Barilaro met on or before June 16 – the day before it was announced the former deputy premier had secured the role – and Mr Ayres had indicated he supported the appointment.

Mr Barilaro will face the upper house inquiry next week.

Embattled minister refuses to stand aside over Barilaro scandal