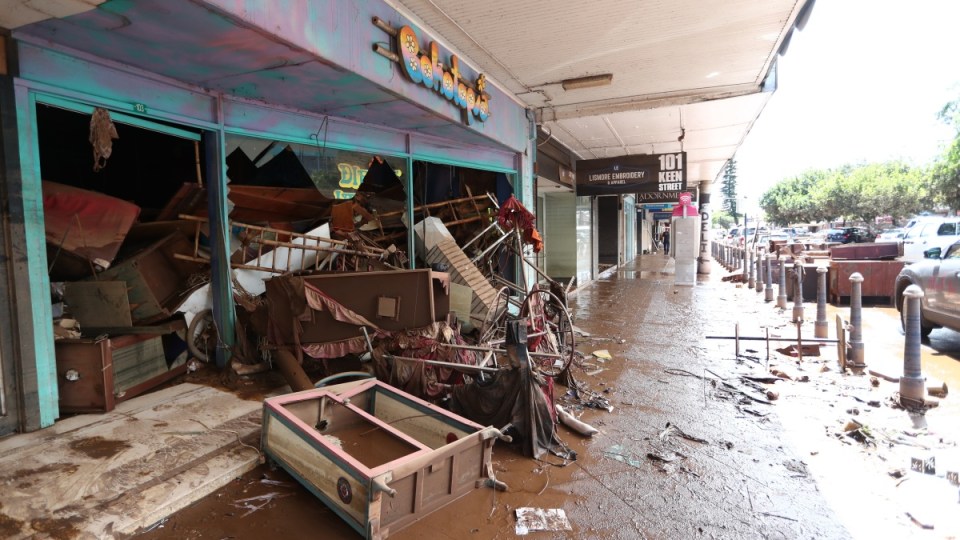 Computer-generated images of flooded offices, fake documents and receipts for hotel rooms that don’t exist are some of the tactics used by people trying to defraud NSW flood recovery grants.

About 3600 claims for support following widespread flooding in February and March, totalling $38.6 million, have been blocked by Service NSW due to suspected fraud.

The agency prevented 98 per cent of them from being paid.

Customer Service Minister Victor Dominello said the attempts at fraud after a natural disaster are wretched.

“It’s nothing less than a form of digital looting, with criminals seeking to take advantage of genuine hardship and heartbreak,” Mr Dominello said.

“Make no mistake, digital crime leaves a digital footprint and they will be brought to justice.”

In some cases, photos of flood damage, tenancy agreements and other documents were used in 30 different applications with only minor details changed.

A photo of a flooded room used in one application was found to actually be from a Turkish air base in 2019.

One application included a computer-generated image of a flooded office, complete with a floating rubber duck.

Another person tried to claim more than $18,000 in accommodation and room service for a hotel room authorities later determined did not exist.

Fake or repeatedly used photos and documents were responsible for 65 per cent of declined applications, while 16 per cent were rejected because residential addresses could not be confirmed.

Another 11 per cent of declined applications were withdrawn by the people who filed them, which the agency says is usually due to them realising they are not eligible for the grant they applied for.

Service NSW acting chief executive Laura Christie said the attempted fraud is wasting valuable time for assessors trying to get aid to people who genuinely need it, and those attempting fraud would be caught out.

“Service NSW has multiple checks and balances in place to ensure grant applications are properly reviewed including the cross matching of data which will flag suspicious claims for investigation,” Ms Christie said.

The agency also has a dedicated fraud team that passes suspected cases to police for investigation.

Those providing false information could be forced to repay the money, as well as facing up to 10 years in prison.

People applying for grants are required to keep documentary evidence of their claims for two years and could face an audit.

Opposition spokeswoman Courtney Houssos said the government would be supported in any reasonable measure to speed up grant distribution.

“To think that some people’s reaction is that they want to try and scam money when people literally only have the clothes on their back is absolutely disgraceful,” Ms Houssos said.

Ms Houssos sat on an inquiry into grants and said the government had assured the inquiry there were measures in place to detect and prevent fraud.

Fraud prevention was given as an explanation as to why grants were taking time to be paid following the devastating flooding earlier this year.

“It’s important that taxpayers’ money is getting to those people who actually need the support,” Ms Houssos said.

‘A reinvention of Bond’: The list of potential 007s to play the iconic role has taken a dramatic turn
The $25m question hanging over Ben Roberts-Smith as judge retires to mull marathon libel case
Today's Stories