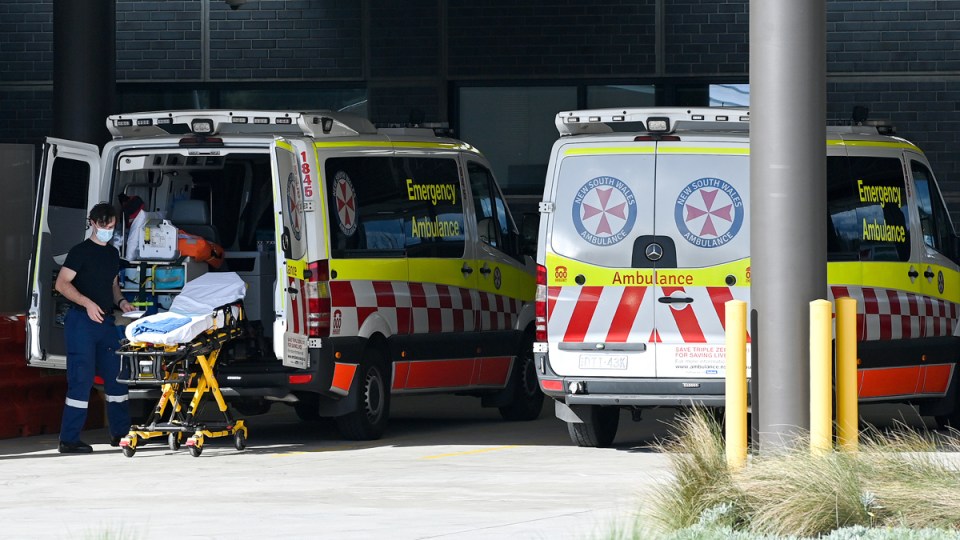 The NSW parliament will hold an inquiry into hospital emergency department delays and ambulance ramping, which the opposition says have hit crisis levels. Photo: AAP

Bottlenecks at NSW hospital emergency departments are causing rampant ambulance ramping with the situation at crisis levels, the opposition says.

Labor Leader Chris Minns says a parliamentary inquiry into ambulance ramping and its effect on EDs will take a comprehensive view of the issues faced by the state’s hospitals.

“This is important because it will shine a spotlight on what we regard as a crisis … in emergency departments right throughout NSW in public hospitals,” he said at St George Hospital on Thursday.

A record 55,305 patients left EDs without being seen by a doctor or receiving treatment.

“When you look at emergency departments across the board, you’re seeing a crisis in effect,” Mr Minns said.

“We know in western Sydney, more than five in 10 are waiting extended periods of time more than is recommended to get emergency help.”

Mr Minns is concerned the turmoil is being shouldered by frontline workers forced into long shifts.

On Wednesday Labor’s Greg Donnelly announced an upper house inquiry into ramping and its effect on EDs, due to get underway in October.

It comes with hospitals under extreme stress after more than two years battling the COVID-19 pandemic and in the midst of an entrenched third wave of infections and a rampant winter flu season.

The Australian Medical Association’s latest Ambulance Ramping Report Card found increased reports of ramping in the past two years with people needing to be driven to the ED when no ambulances were available and patients dying while waiting for an ambulance.

“States and territories are falling short of their performance targets and longitudinal data demonstrates that the time it takes to transfer a patient from the ambulance to the care of the hospital emergency department has been overall increasing year on year,” the AMA said.

“This is a clear indication that our hospitals are in crisis.”

Was this man (a) crazy; (b) a delusional megalomaniac or (c) just a very ‘loose unit’?
Boyfriend of slain German backpacker Simone Strobel charged with murder
Today's Stories