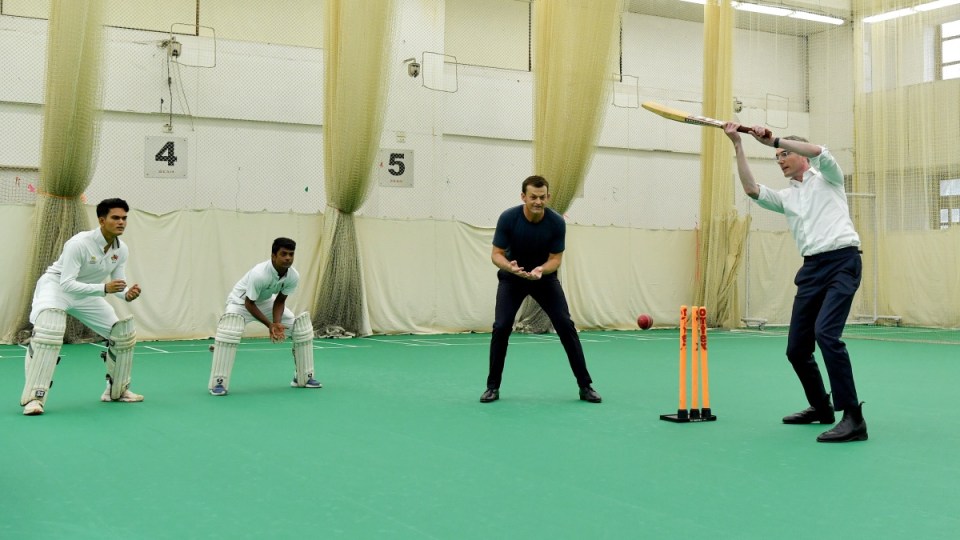 The premier and minister on Thursday opened a trade office in Mumbai aimed at tapping into India’s highly educated and rapidly growing middle class, especially in the education and tourism sectors.

“India is a key trade and investment market for our state. Our two-way trading value reached $4.6 billion in 2020-21, making it one of our biggest and most important growth markets,” Mr Perrottet said.

“The decade ahead is about economic transformation … (and) India’s significance to NSW cannot be understated.”

Mr Ayres was effusive in his praise of future business opportunities in trading with the world’s most populous democracy.

Mumbai is ‘the Sydney of India’

“I can’t think of a country anywhere on earth that is more important to the future of Australia and NSW for economic prosperity,” he told reporters from Mumbai.

“Mumbai in many respects is the Sydney of India.”

Indian-born Australians are the second largest migrant group in Australia behind those from the UK, representing about three per cent of the country’s population.

In NSW the community has grown by some 50 per cent since the 2016 census.

Mr Perrottet and Mr Ayres lit candles in a traditional Hindu ritual invoking the goddess Lakshmi to bestow prosperity and wealth, as part of a 10-day trade trip that included visits to Japan and South Korea.

But ceremonies were cut short over questions about their respective knowledge of the appointment of former deputy premier John Barilaro to a US trade envoy position with a yearly salary of $500,000.

Government documents provided on Tuesday to a parliamentary inquiry into the appointment reveal Mr Perrottet as treasurer and Mr Ayres both received a ministerial briefing on the chosen candidate last year.

Mr Ayres said the briefing, which he took note of by signing but which did not seek a decision from him, did not represent the end of the recruitment process.

The premier was again forced to defend Mr Ayres after the release of documents showing Jenny West, a former senior public servant, had been identified as the preferred candidate before the role was readvertised, and Mr Barilaro was eventually appointed.

Both Mr Perrottet and Mr Ayres told parliament in June they’d been advised the initial recruitment process had not identified any successful candidates, and appointments would be made by Investment NSW CEO Amy Brown.

Mr Barilaro stood down from the role at the end of June, less than two weeks after his appointment was announced, citing unwanted media attention.

He is set to the face an upper house inquiry in early August.

The pair were more relaxed on Thursday at the Mumbai Cricket Association’s indoor training facility where they bowled a few overs with champion Australian wicketkeeper Adam Gilchrist joining in.

Shedding his tie and blazer, the premier displayed his left-arm bowling prowess to promote NSW hosting the T20 Cricket World Cup in October.

Mr Gilchrist, a global ambassador for University of Wollongong, is also in India to promote the university with plans to build a campus in Ahmedabad discussed.

In his first overseas trip since pandemic restrictions were relaxed, Mr Gilchrist spoke of the country’s importance to Australia beyond financial links.

“You ask any cricketer that’s been here a lot, you forge this relationship that’s indelibly marked on your heart and in your life,” he said.

“To be back here after the vision we saw at the height of the pandemic … that was really sad to see but now thrilled to be back here … to a country that has given me so much love to reciprocate,” he said.