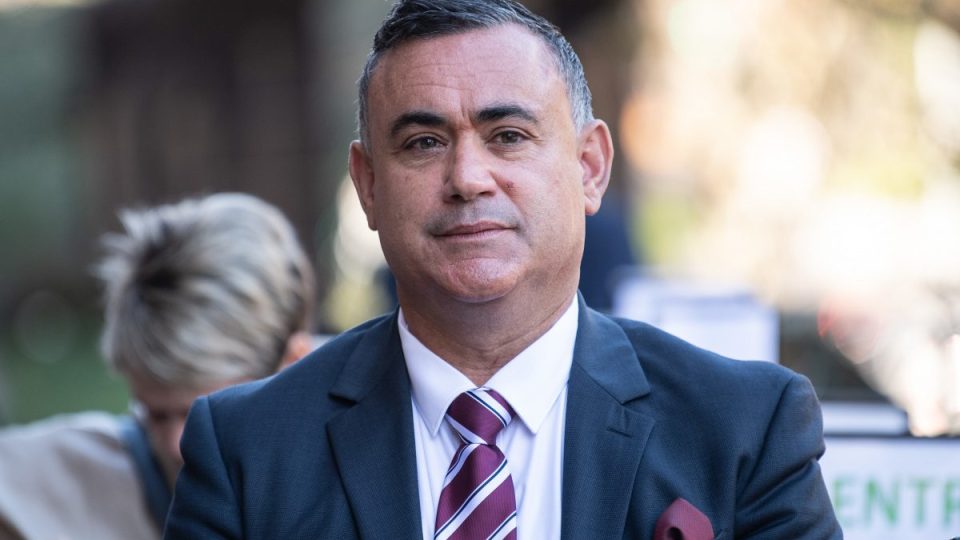 John Barilaro will appear before a NSW inquiry probing his appointment to a New York trade job. Photo: AAP

Former NSW deputy premier John Barilaro will give evidence before a parliamentary inquiry investigating how he landed a taxpayer-funded trade job in New York.

Labor says the public accountability committee has scheduled a series of hearings after brokering a deal with the government to release three large tranches of documents relating to the appointment of the former NSW Nationals leader.

“This is a victory for the public’s right to know,” Labor’s Shadow Treasurer Daniel Mookhey said on Thursday.

Mr Barilaro, who was last month announced as the state’s Senior Trade and Investment Commissioner to the Americas, will finally give his side of the story to the upper house inquiry on August 8.

The committee had been holding off calling Mr Barilaro until the government handed over all the documents it had requested about the controversial appointment.

Mr Barilaro relinquished the role less than two weeks after his appointment was announced, as the political fallout heaped increasing pressure on his former government colleagues.

The inquiry’s hearings will resume next Wednesday when Investment NSW CEO Amy Brown will make a second appearance.

Another hearing will take place on Friday with multiple witnesses called, including staff from Investment NSW.

Ms Brown previously told the inquiry she withdrew the $500,000-a-year job offer from her colleague Jenny West after the relationship between Ms West and the government became “irreconcilable”.

Mr Mookhey says there are new lines of inquiry to quiz Ms Brown over, and questions remain about whether Investment and Trade Minister Stuart Ayres misled the parliament.

“Mr Ayres has some very serious questions to be answering,” Mr Mookhey said.

“How (was it) possible that he could say in parliament that no suitable candidate was found, when he was told that Jenny West was the successful candidate – after a full recruitment process?

“There are real questions about whether or not this appointment was indeed at arm’s length.”

Mr Ayres is in India on a trade trip with Premier Dominic Perrottet where the escalating scandal has dogged the mission, with the premier facing a daily barrage of questions on the matter.

Mr Ayres is expected to issue a statement later on Thursday.

Plans to recall the NSW Legislative Council on Friday – more than three weeks ahead of schedule – were scrapped after the government agreed to release the additional documents by Monday.