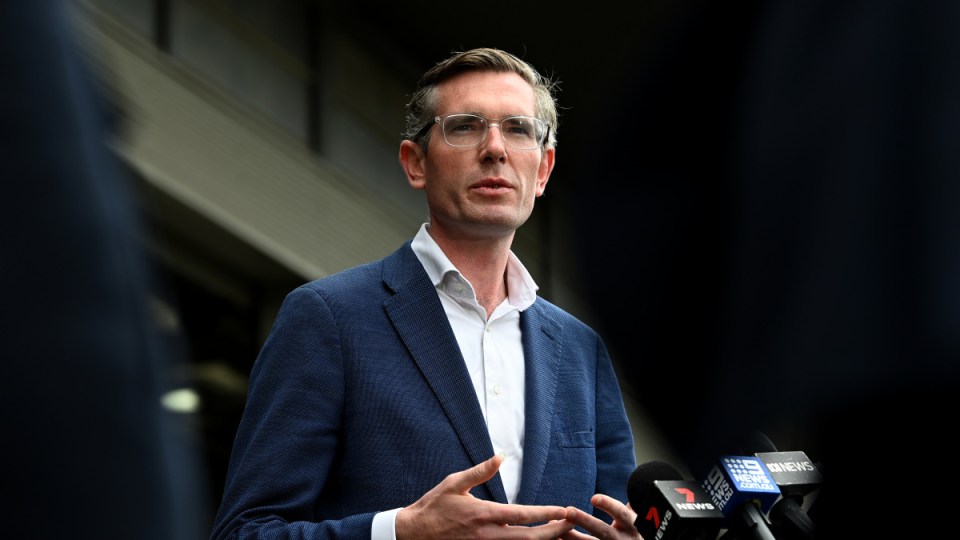 Dominic Perrottet received a briefing on the appointment of a US trade commissioner. Photo: AAP

Dominic Perrottet was informed a senior NSW public servant had been chosen for a government trade job in New York that eventually went to John Barilaro instead, documents reveal.

Government documents finally provided to the parliamentary inquiry into how the former deputy premier got the US trade commissioner role, reveal Mr Perrottet received a ministerial briefing on the chosen candidate last year when he was treasurer.

The documents indicate Mr Barilaro, then premier Gladys Berejiklian and then investment minister Stuart Ayres were also informed by Investment NSW in August that Jenny West was the preferred candidate recommended by the independent recruitment panel.

The briefing note recommended “the selection of Ms Jenny West as the successful candidate for the Senior Trade & Investment Commissioners Americas role”.

The documents show Mr Ayres signed off on the briefing on August 17, acknowledging “the successful candidate is Ms Jenny West”.

Ms West previously told the parliamentary inquiry she was offered the role and subsequently lost her senior job at Investment NSW after it was withdrawn.

Ms West said Investment NSW CEO Amy Brown told her the role “will be a present for someone”.

It eventually went to Mr Barilaro who last month relinquished the job amid a public controversy.

The premier was asked last month in parliament about how Mr Barilaro came to score the job.

“The first recruitment process did not identify a suitable candidate,” he said.

“As such, a second recruitment process was undertaken,” he told parliament on June 22.

The government has been under pressure for three weeks to provide the parliamentary inquiry with a swathe of sensitive documents into Mr Barilaro’s appointment to the $500,000 taxpayer-funded trade job.

The NSW upper house has been recalled to sit on Friday in an effort to obtain documents in order to further examine the appointment.

The issue has dogged Mr Perrottet’s trade trip to Asia, as he faces daily questions about the matter.

The committee has already triggered Standing Order 52 to compel the government to hand over the documents.

On Monday the premier promised the documents would be forthcoming.

Mr Barilaro insists he wants to give evidence to the inquiry but Labor has been waiting for all the relevant documents to be provided before calling the former Nationals leader to answer questions.

Labor is holding a press conference on later on Tuesday.

Perrottet told West was chosen for US job