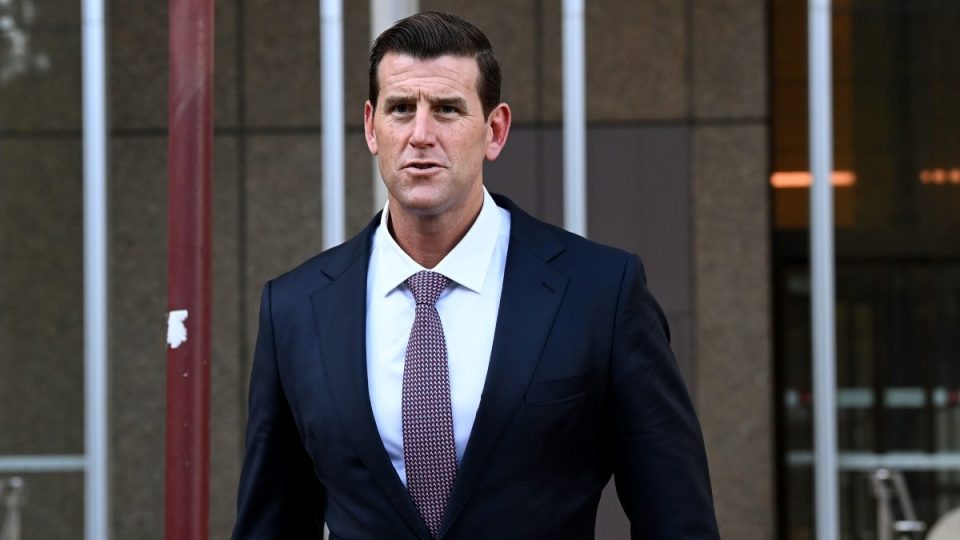 An SAS soldier obsessed that Ben Roberts-Smith was awarded the Victoria Cross heard rumours and began hunting for war crimes, his barrister has told a judge.

The war veteran is suing The Age, The Sydney Morning Herald and The Canberra Times for defamation over 2018 reports claiming he committed war crimes in Afghanistan including murder, and acts of bullying and domestic violence.

The 43-year-old denies all claims of wrongdoing, while the newspapers are defending them as true.

Mr Moses submitted that several former and still-serving elite soldiers called by the mastheads were perjurers, liars, and lacked credibility.

He said the witness dubbed Person Seven was so obsessed that Mr Roberts-Smith was awarded the prestigious and rare medal that he engaged in a campaign with the media.

“To do all that he can to throw mud at (Mr Roberts-Smith) … and engaged in a war of words … in the dark and through the media.

“Person Seven heard rumours … and because of the Victoria Cross he starts hunting for war crimes.”

The barrister submitted another former SAS soldier dubbed Person 14 lied to the court about a story that “flip-flopped” on numerous occasions.

“The lies drip from this man’s evidence,” Mr Moses said.

Person 14 testified that he observed a soldier wearing Mr Roberts-Smith’s distinctive camouflage paint carrying his automatic Minimi weapon on a mission to a Taliban compound dubbed Whiskey 108 in 2009.

He said the soldier threw a figure to the ground before unloading an extended burst of Minimi fire upon them.

The barrister said notes from journalist Chris Masters dated February 2018 about his meeting with Person 14 stated that it was another soldier who shot the prisoner with a fake leg.

“But he told Your Honour that he told Mr Masters that it was Mr Roberts-Smith who shot the man with a prosthetic leg,” Mr Moses said.

“He contorted and twisted himself until the stage of lacking any credibility at all by the time he left the witness box.”

Person 14 also told the court he saw Mr Roberts-Smith order Afghan soldiers to shoot a detained local man “or I will” during a 2012 mission in Khaz Uruzgan.

Mr Moses said this was also a lie.