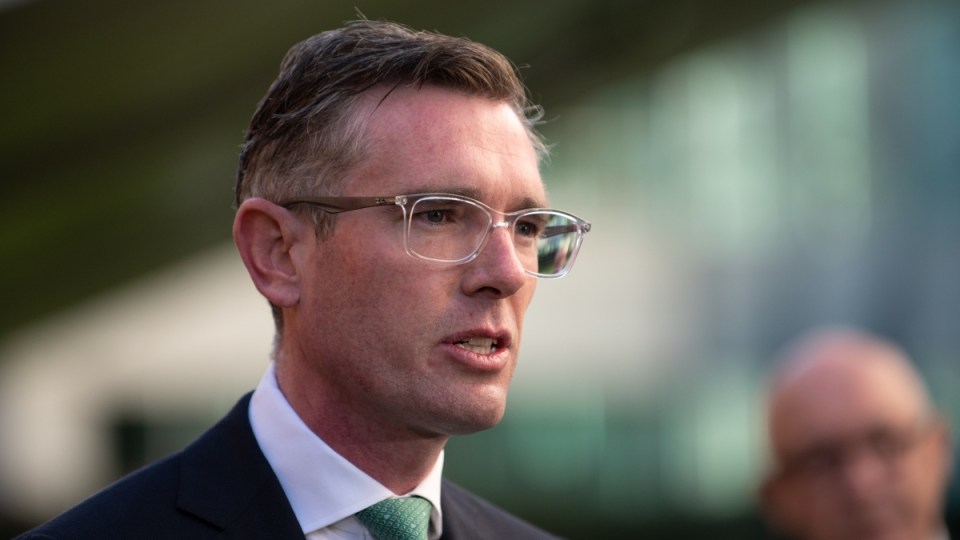 Dominic Perrottet has released the long-awaited review into the appointment of John Barilaro. Photo: AAP

NSW Premier Dominic Perrottet is standing firm on not appearing before an upper house inquiry into the appointment of former deputy premier John Barilaro to a New York trade commissioner posting.

The premier said he was waiting for recommendations from an independent review he had set up into the botched appointment before facing any parliamentary questioning at the budget estimates in a month.

“The upper house can have an inquiry and that’s incredibly important. What I’ve told the upper house is that in four weeks’ time, I’ll be at budget estimates,” Mr Perrottet told reporters in Tokyo at a hydrogen refueling station as part of his 10-day trade mission to Asia.

“My job is to get the facts and have the recommendations and that’s the public expectation in relation to it (the review)”.

“That’s the way of instilling public confidence in the process,” he said on Friday.

The weeks-long swirl of favouritism allegations came to a head on Thursday when a senior adviser to Mr Barilaro said he was asked by his former boss to fast-track changing a controversial US trade role into a ministerial appointment.

The former Nationals leader stood down from the posting last month following a backlash over the appointment.

Joseph Brayford, a senior policy adviser in Mr Barilaro’s office from 2019 to 2021, gave evidence in private to the upper house inquiry on Tuesday.

Mr Brayford said he received a text from Mr Barilaro last August about the plum trade role, according to a transcript published on Thursday.

Mr Barilaro told AAP on Thursday he would not comment on the claims until he was asked to appear at the inquiry. He is not currently scheduled to testify.

The premier reiterated on Friday he would not be dragged into giving a “running commentary” into the bungled fiasco promising that a second tranche of documents provided to the inquiry would be released soon.