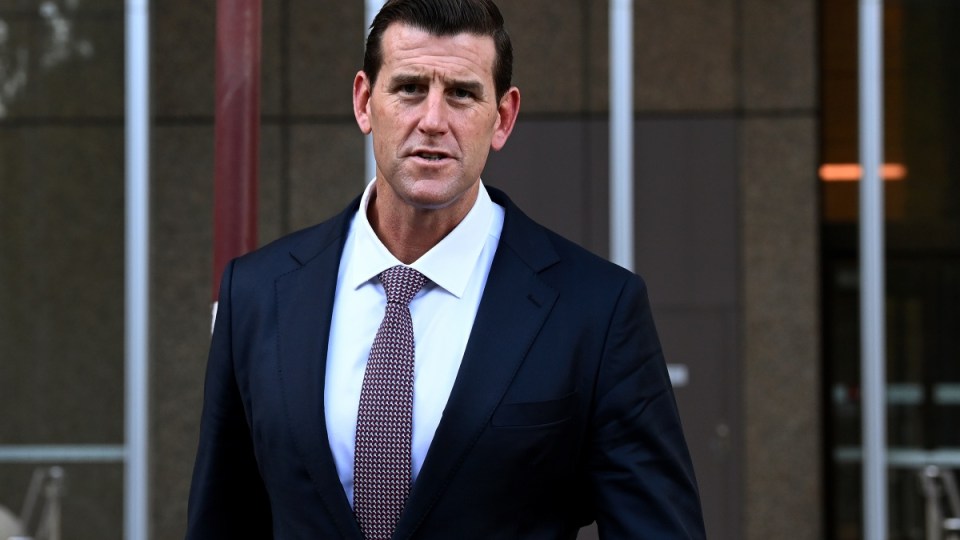 A soldier bullied by Ben Roberts-Smith is one of the most impressive witnesses, a barrister submits. Photo: AAP

One of the most impressive witnesses to be called out of dozens in the defamation trial launched by Ben Roberts Smith was threatened with a “bullet in his head” by the war veteran, a judge has been told.

Barrister Nicholas Owens SC said in his closing address for the media outlets being sued that Australia’s most decorated soldier savagely bullied the still serving SAS soldier dubbed Person One.

In 2016 Mr Roberts-Smith allegedly hit him in the back of the head multiple times, spat in front of him and regularly slammed doors in his face.

But most seriously was the threat to his life, Mr Owens said.

“(He said) words to the effect: ‘If your performance doesn’t improve in the next patrol you’re going to get a bullet in the back of the head’,” Person One said in evidence.

“It made me fearful for my own personal safety. It made me lose more confidence. It made my performance worse.”

Mr Owens said on Thursday that Person One “interpreted those words as meaning that Mr Roberts-Smith was going to shoot him in the back of the head”.

The barrister submitted that Person One “was one of the most impressive witnessed to be called … on either side,” due to him openly admitting his failings during his first four weeks of deployment in Afghanistan in 2006.

The incident dredged up from 15 years ago was a source of “enormous embarrassment” to the soldier given his illustrious and distinguished career that followed, including “uniformly glowing appraisals,” since he left Mr Roberts-Smith’s patrol.

Person One testified that he failed to bring machine gun oil on one mission, which led to “stoppages” of his weapon not firing, and in extreme circumstances admitted this could have led to deaths of his comrades.

Mr Owens also pointed to the credibility of Mr Roberts-Smith’s alleged mistress who says the Victoria Cross recipient punched her in a hotel room after she was drunk at a Canberra function and “embarrassed him” in March 2018.

Mr Roberts-Smith’s lawyers submit the woman is a liar and a fantasist and repeatedly point out that she is married, independently wealthy and has a prestigious job.

“The fundamental point seems to be that because she is capable of intelligent thought, because she was wealthy, educated and able to make decisions for herself, her conduct in the aftermath of the incident is so inconsistent with an assault having occurred that Your Honour would find it did not occur,” Mr Owens said.

“The implicit suggestion seems to be that wealthy educated people would act in a particular way, if they were a victim of assault.

“We respectfully submit that line of argument goes absolutely nowhere.”

Mr Roberts-Smith is suing The Age, The Sydney Morning Herald and The Canberra Times over 2018 reports claiming he committed war crimes in Afghanistan including murder, and acts of bullying and domestic violence.

Earlier Arthur Moses SC on behalf of Mr Roberts-Smith submitted the media waged a sustained attack on the war hero based on rumour, hearsay and contradictory accounts from jealous and obsessed former colleagues.

Mr Moses said it shattered his reputation and even if vindicated in what was often described as the trial of the century, it would take years for it to fully recover.