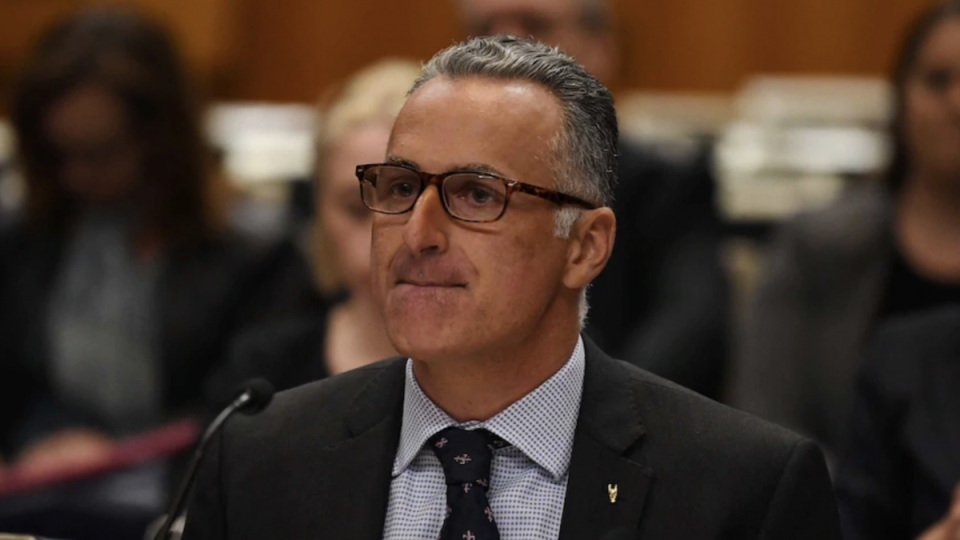 John Sidoti maintains he won't resign from parliament and will "absolutely" prove his innocence. Photo: AAP

A day after he was found to have engaged in serious corrupt conduct, John Sidoti is refusing to quit NSW parliament and says he will take the fight to clear his name to the Supreme Court.

The NSW Independent Commission Against Corruption made a corruption finding against the former Liberal minister on Wednesday and recommended seeking advice from the Director of Public Prosecutions about possible criminal charges.

The anti-corruption watchdog investigated the now independent MP for Drummoyne over his lobbying of local councillors to rezone blocks at Five Dock in Sydney, where his family owned property.

Premier Dominic Perrottet phoned his former colleague before flying to Japan on a trade trip on Wednesday night, demanding he resign from parliament – or face an expulsion motion.

“It was two words and I can’t mention them on camera,” he told Sydney radio 2GB on Thursday.

“It was words that aren’t usually in my vocabulary,” he said.

He maintained he would not resign from parliament, would “absolutely” prove his innocence and had instructed his lawyers to lodge an application in the Supreme Court.

“I’ve done everything I can in the last 11 years to wholeheartedly represent my community,” he said.

The ICAC found Mr Sidoti misused his position as an MP to pressure and threaten Liberal councillors at the City of Canada Bay to rezone land to benefit his family’s property interests.

Mr Sidoti hit back, saying his business interests in Five Dock, where his family owned a function centre, were well known and it would be hard to find anybody in the area who was not aware of this.

“The idea that somehow they didn’t know or they lost their memory is just unacceptable,” he said.