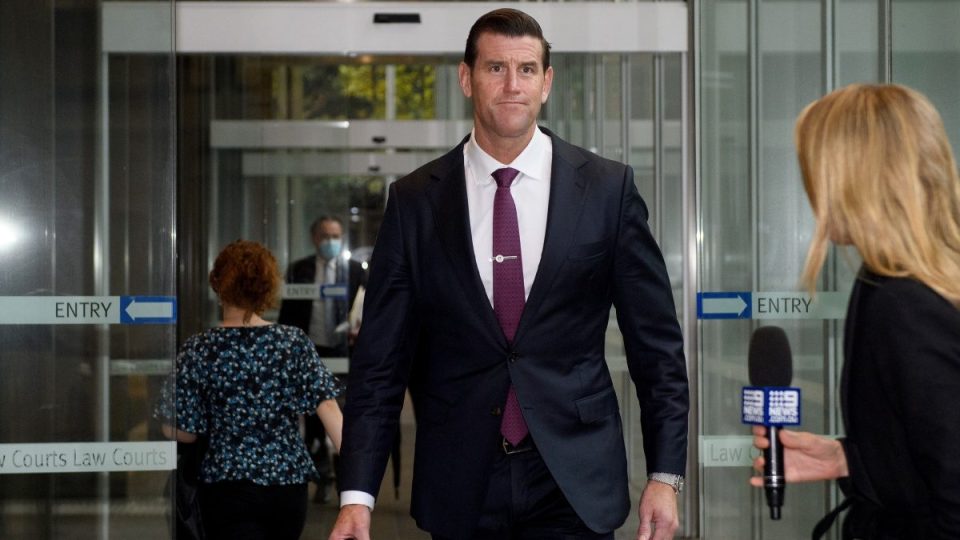 Some testimony against Ben Roberts-Smith did not reflect well on those witnesses, a barrister says. Photo: AAP

Elite soldiers who eventually testified against Ben Roberts-Smith in his defamation case were willing to turn a blind eye to despicable war crimes due to an SAS code of silence, a judge has been told.

Barrister Nicholas Owens SC, in his second day of closing submissions for the media outlets being sued for defamation, said some of his own witnesses’ testimony reflected poorly on them.

“People were willing to turn a blind eye to the most despicable and egregious breaches of the laws of war,” Mr Owens said.

“It is … a humanly understandable flaw in a person who has worked very hard to achieve something where there is a culture that says ‘don’t rock the boat’.

“It doesn’t reflect well on anyone.”

Person 24 gave evidence that he witnessed the decorated soldier execute an unarmed Afghan prisoner in a compound dubbed Whiskey 108 in April 2009.

On the same mission Mr Roberts-Smith either stood by or ordered his comrade and fresh trooper Person Four to shoot the other detained prisoner, to “blood the rookie”.

While Person 24 had “no qualms” with what the Victoria Cross recipient had done, he gave evidence due to the impact of these events on his friend, Mr Owens said.

“Person 24 didn’t mind these two people had been shot.

“(This is) why he was prepared to tell the truth. Not to support innocent victims in Afghanistan but Australian soldiers who were impacted as a result of the unlawful conduct.”

Mr Owens said the media outlets’ witnesses had no reason to lie, were often forced and unwilling to give evidence against their former colleague.

“The other side of the option for Your Honour, is a group of closely associated witnesses bound by ties of strong friendship, business, and in some cases, criminal interest,” Mr Owens said.

“Each of whom has a powerful motive to lie, and each of whom came and gave dishonest evidence to Your Honour.”

Earlier Arthur Moses SC on behalf of Mr Roberts-Smith submitted the media waged a sustained attack on the war hero based on rumour, hearsay and contradictory accounts from jealous and obsessed former colleagues.

Mr Moses said it shattered his reputation and even if vindicated in what was often described as the trial of the century, it would take years for it to fully recover.

The closing submissions from both parties are expected to last eight days.