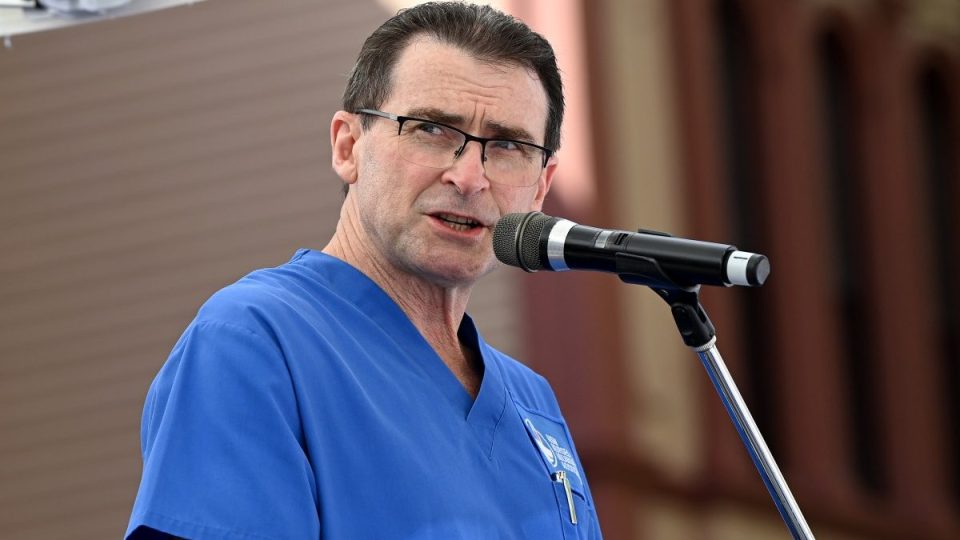 Emergency department nurses at two of Sydney’s biggest hospitals have rallied over what they claim are chronic staffing shortages, as NSW Premier Dominic Perrottet concedes the state’s health system is under “enormous pressure”.

The Blacktown and Westmead hospital nurses staged a walk-out on Monday morning after completing their shifts to protest a lack of safe nurse-to-patient ratios and “severe understaffing” at the EDs.

The walk-outs – not classified as strike action – are part of a continued effort by western Sydney nurses to fix understaffing they say has led to 18-hour days and long shifts without breaks, worsened by the COVID-19 pandemic.

“With flu and COVID-19 presentations on the rise, these emergency departments are regularly overwhelmed and there has been little to no reprieve for our members because urgent measures are not being taken to help combat the issues,” the NSW nurses union general secretary Brett Holmes said.

The NSW Nurses and Midwives’ Association said 21 night duty nurses walked out at Blacktown hospital, while around 50 rallied at Westmead hospital.

The demonstration comes after about 60 ICU nurses rallied at Westmead hospital over staffing shortages in February.

“The health system around the country is under enormous pressure,” he told reporters on Monday.

“It’s been a very difficult time with COVID over the past few years … But we’ve invested record amounts to get people through this difficult time.”

He said his administration was working very closely with the federal government “to make sure we get better systems in place to put downward pressure on our public hospitals”.

The state government has previously said it is aware of pressures on nurses and has met with the union to address their concerns.

NSW Labor leader Chris Minns said the Perrottet government had failed to adequately staff hospitals, leading to one in ten patients leaving EDs because of delays.

“This has now led to this situation where we have a crisis on our hands in hospitals right across NSW, especially in western Sydney,” Mr Minns said on Monday.

“This is something that the government has refused to talk about.”

The government has faced a barrage of industrial action in recent months, including thousands of teachers walking off the job and train drivers refusing to man foreign-built rail stock, which has thrown the transport network into chaos.

Victoria 2026: What to expect from the next Commonwealth Games
Media out to ruin Ben Roberts-Smith: Lawyer
Today's Stories