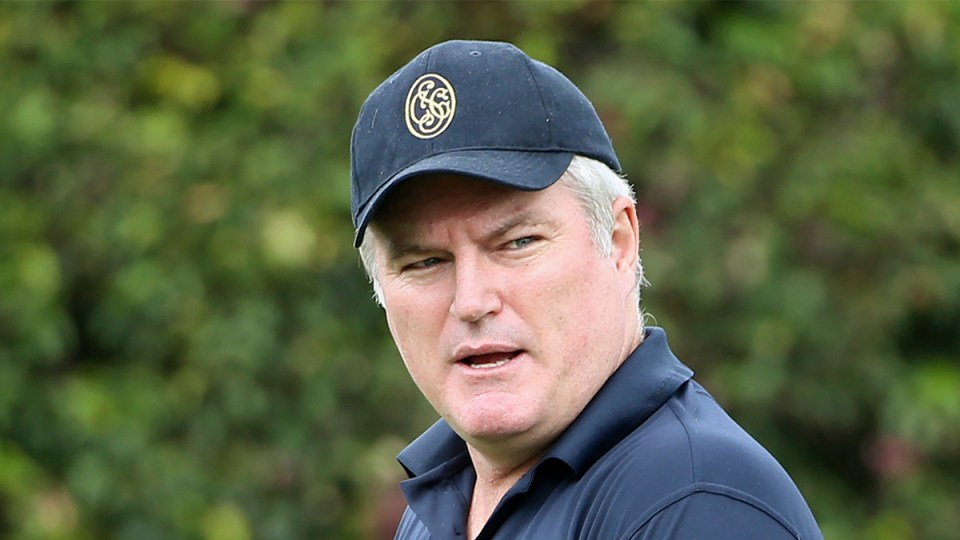 Stuart MacGill told police he wanted a woman to leave him alone after stalking him for a year. Photo: AAP

Former Australian Test cricketer Stuart MacGill and a friend acted in a threatening manner towards a Sydney bar owner earlier this year, a court has been told.

MacGill, 51, is accused of stalking and verbally intimidating Samantha Ford while walking down Kemp Street in the Sydney CBD and then later at the Captain Cook Hotel on around 6pm on February 1 this year.

Giving evidence in the Downing Centre Local Court on Thursday, Ryan Entwistle said he witnessed the Kemp Street incident while drinking with friends outside the Lord Nelson Hotel.

The 19-year old described the conversation as being one-sided and at a relatively large volume, but did not pick up on any actual words spoken, except for “stick up your a—“.

“They were speaking to her in a kind of aggressive and threatening way,” he said.

Tony Ryder, a witness at the Captain Cook Hotel, said MacGill appeared to enter the pub while intoxicated. When Ms Ford came in soon after, the former cricketer lent over and screamed at her, he said.

“She just looked very frightened, clutching her dog,” he told the court.

Mr Ryder could not recall which words were used, describing the incident as a full-on argument that was “a bit of a mess”.

MacGill has denied his friend Stephen Michael Kerlin had stalked or intimidated Ms Ford, telling officers on February 18 that he had made his own police complaints about her.

Mr Kerlin and Ms Ford were previously partners but had separated, the court heard.

In the recorded police interview, which was played in court, he claimed Ms Ford had stalked him and his partner Maria O’Meagher and had hired photographer Jamie Fawcett to follow them in his van and take pictures.

“She followed us, she’s stalked us for over 12 months, and I do think that she’s insane,” he told police.

“She’s a very upsetting woman and I believe she is disturbed to be honest.”

MacGill claimed that he never intimidated Ms Ford, saying that she followed them up the road and refused to leave them alone. When they entered the Captain Cook Hotel and she followed them in, they politely asked her to leave, police were told.

CCTV footage from inside the pub shows MacGill leaning towards Ms Ford and pointing his finger at her during the conversation. The former spin bowler also phoned the police as the altercation continued.

In his interview with police, MacGill said he had no interest in being anywhere near Ms Ford.

“Absolutely, I have nothing to say to the woman. I have no interest – I don’t believe there’s any reason I could possibly want to be in the same room as her.”

Also on Thursday, the court heard that Mr Kerlin had pleaded guilty to two charges of stalking and intimidation and breaching the terms of an AVO. He will return for sentencing on August 24.

The hearing in front of magistrate Christine Haskett continues.

Instagram and Facebook are stalking you through their apps. What can you do about it?
Sydney Opera House unveils major facelift
Today's Stories