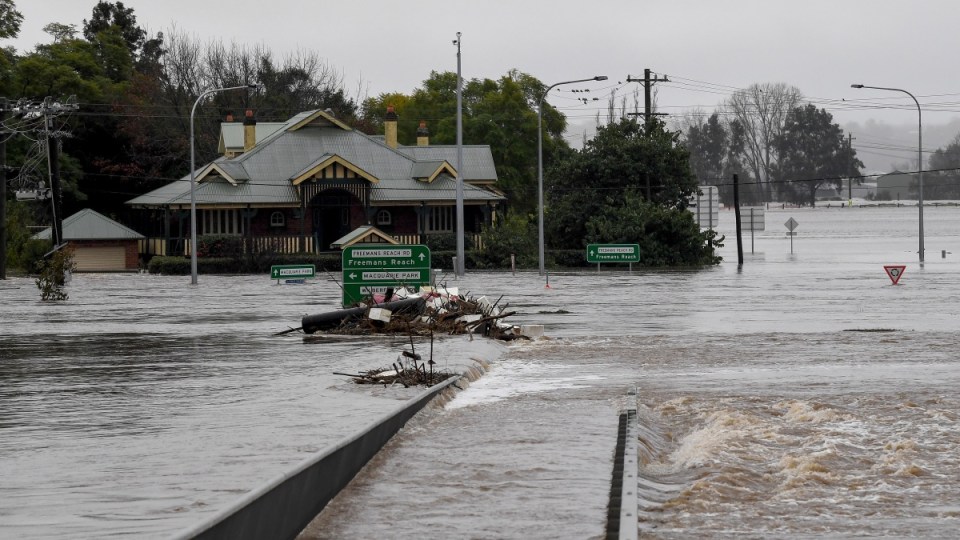 An urban policy think tank has recommended residents in Sydney’s west hit with repeated flooding be offered buybacks to move off the flood plain.

It comes as NSW cleans up another flood disaster and considers what to do before the next hits.

Small business and not-for-profit groups can apply for up to $50,000 in support in the 37 disaster-declared councils.

The money can be used for things like safety inspections, repairs, cleaning equipment, disposal of debris, leasing temporary space and whatever else businesses need to resume trade.

Committee for Sydney Resilience Director Sam Kernaghan has called for an end to debate over buybacks after repeated flooding in the Hawkesbury-Nepean region.

“Thousands of Sydneysiders are returning to flood-affected homes, wondering how they are going to rebuild one more time,” Mr Kernaghan said.

“Many haven’t finished fixing up their houses after the last flood.”

The situation will get worse, with 6000 properties below the planning level for a flood that has a one per cent chance of occurring in any given year, he said.

Those properties should be the immediate focus of a buyback program, which could extend to other areas that become uninsurable or flood-prone, Mr Kernaghan said.

His recommendation was sent to the committee’s more than 150 members on Thursday, including the NSW government departments of Planning and Environment, and Premier and Cabinet.

Some, including the NSW government, say there would be more benefit gained by raising the Warragamba Dam wall.

An interim report by an upper house committee in October said the proposal to raise the wall was unlikely to significantly reduce flood impacts.

Suggested alternatives included keeping less water in the dam, improving evacuation routes for communities and moving people off flood plains, including through buybacks.

Thousands of people in Sydney's west and southwest face the heartbreaking job of cleaning up after the latest floods as Premier Dominic Perrottet signals he has heard the anger over Warragamba Dam | @taylorryan_10 #nswpol #nswfloods pic.twitter.com/qQpT12U7HT

Responding to the interim report in April, Western Sydney Minister Stuart Ayres said a 2017 strategy to manage flood risks in the Hawkesbury-Nepean identified raising the dam wall as the most effective infrastructure option.

Questions sent to Planning and Environment, and Premier and Cabinet were directed to Mr Ayres on Thursday.

Asked what impact two disastrous floods in the Hawkesbury-Nepean this year have had on the government’s stance on buybacks, he repeated support for raising the Warragamba Dam wall.

Directly quoting portions of the environmental impact statement (EIS) for doing so, published in September, Mr Ayres said buybacks would be expensive and displace families in the region.

In noting the social and economic consequences of buybacks, the EIS does state it would significantly reduce the risk to lives and properties from future floods.

Community members told the public hearing at the Windsor RSL the government needs to instead change its policies on water releases to free up space for inflows during prolonged heavy rain.

Others suggested the dam should be limited to holding 80 per cent of its capacity.

Mr Kernaghan said raising the wall could give residents more time to evacuate, but water would keep overflowing into the flood plain and continue to put properties at risk.

Buying the existing threatened properties back removes the risk, and eases pressure on the SES, while also saving money for governments providing financial support in the wake of disaster, Mr Kernaghan said.