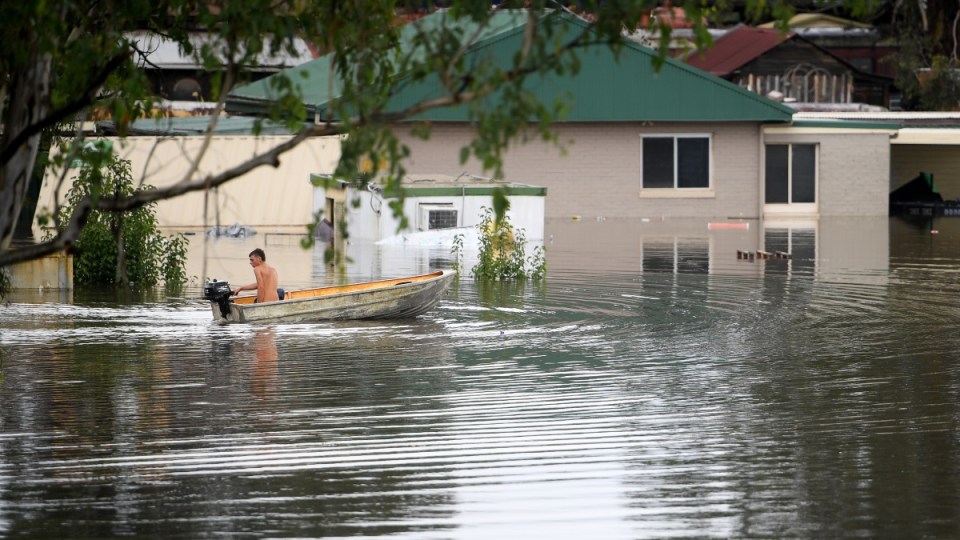 Some 5000 NSW residents driven from their homes by torrential flooding and as yet unable to return have been warned to brace for the psychological impact of returning to scenes of loss, devastation and ruin.

That number is significantly down on Saturday, when some 37,000 people remained under evacuation orders as NSW’s State Emergency Service worked to ease its emergency notices.

“There’s obviously ramifications with that. It’s not just a free-for-all, run back in there,” Adam Jones from the SES told AAP.

“There will be debris, their homes won’t have been checked, so if it has been inundated, there could be structural issues.

“The electrics might need to be looked at by an electrician. There could be mud and sewage everywhere.

“Everyone’s going to be a bit stressed under these circumstances,” he said.

In the 24 hours to 12.30pm Sunday, the State Emergency Service had responded to 317 calls for help and performed 15 flood rescues.

That brings the rescue total to 482 since the floods began on June 27.

“A lot of our jobs at the moment have been animal rescues, medical assistance and resupplying the communities that are currently isolated,” an SES spokeswoman said.

As rain returned in areas across the state, including Sydney, authorities warned of several road closures and public transport disruptions due to flooding,

“These appointments will help to ensure flood-affected communities receive support in a timely and efficient way,” Ms Cooke said.

Flooding continued in the Hunter and lower Hawkesbury regions on Saturday, with more than 1000 government personnel on standby to assist.

Some 37 Victorian emergency personnel also travelled to NSW to help with the rescue and clean-up, taking the total number of crew from the state to 94.

Of 2285 premises already examined, 239 have been deemed not habitable and a further 973 require repairs.

In the Hunter, lower Hawkesbury and Blue Mountains regions, roads remain cut in multiple towns and train services are affected.

The T1 Western, Blue Mountains and Hunter train lines are not operating between some stations, and the Parramatta River ferries are offering replacement transport between some stops.

“By donating through the official channels people can know their generosity is going directly to those who’ve been hit hardest by the flooding,” she said.