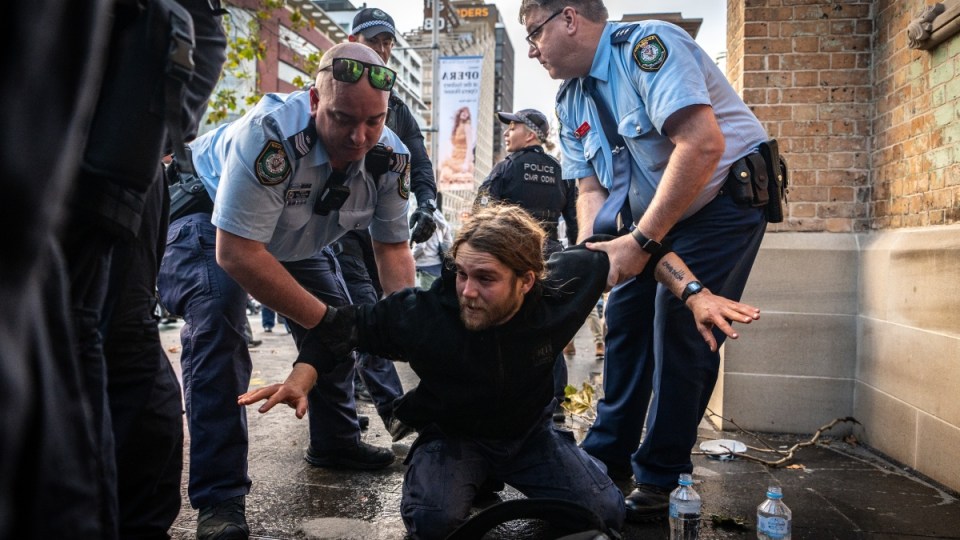 Amnesty International has criticised new anti-protest legislation in NSW, saying it has a “chilling effect on the freedom of assembly”.

It says the severe bail conditions given to activists who were arrested during last week’s climate protests show the laws are putting the right to protest under threat.

Protesters who disrupt major roadways, ports and railways can be hit with $22,000 fines and up to two years in jail under legislation passed earlier this year.

The group staged a number of disruptive activities including marches throughout the city centre, where bins were thrown through streets and the Sydney Harbour Tunnel was allegedly blocked by a woman who chained herself to the steering wheel of a car.

Some 32 people have been arrested since NSW Police launched Strike Force Guard in March to prevent, investigate and disrupt unauthorised protests.

Amnesty International says some of those arrested were subjected to excessive bail conditions such as bans on communicating with friends, being asked to hand over passwords for devices, and 9pm curfews.

“Two people have spent three weeks in prison under these new laws, which have a chilling effect on the freedom of assembly,” Tim O’Connor, Amnesty International Australia’s campaigns director, said in a statement.

“This crackdown means all our ability to fight for human rights and combat the climate crisis are under threat.”

The Bail Act was intended to ensure people attend court and should not be used to segregate people, NSW Council for Civil Liberties president Josh Pallas said.

“The right to protest is a vital ingredient in a healthy, vibrant democracy,” he said.

“Peaceful protesters should not be met with forceful responses and periods of incarceration.”

COVID-19: How careful do I still need to be around older and vulnerable family members?
Gangland shooting wounds 9-year-old girl in her family’s Sydney driveway
Today's Stories