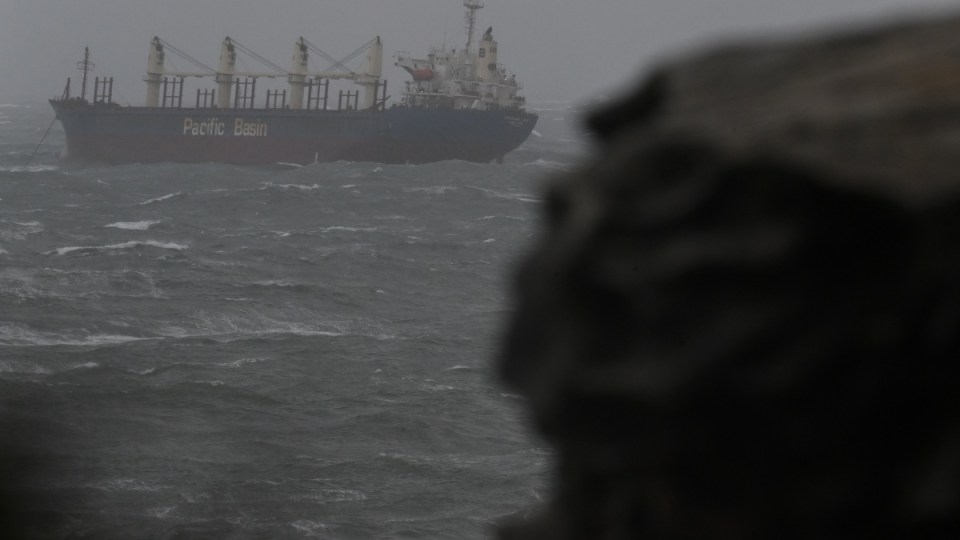 A Hong Kong cargo ship that’s been stranded off the coast of NSW has been towed into safer waters ahead of severe weather returning.

Anchors on the bulk carrier Portland Bay were hauled in as work began to move the powerless vessel on Wednesday afternoon.

The 170-metre ship was towed into Botany Bay in Sydney’s south about 2pm, following an earlier order from the Australian Maritime Safety Authority for it to be brought to dock.

Once it berthed in Port Botany it would fall under the direction of the maritime safety authority, Mr Holliday said.

The ship and its 21 crew have been floating south of Sydney after the vessel’s engines failed on Monday.

The Australian Maritime Safety Authority on Wednesday ordered the ship be towed to port in a legal direction to its master and the salvage team.

“It is vital that the vessel be moved into safe harbour before the next front of bad weather arrives,” executive director Mark Morrow said.

Plans earlier in the week to pull the boat to deeper water were scuppered by severe weather, resulting in towing lines breaking.

Tugboats managed to move the Portland Bay further north and it dropped anchor about 1.2 nautical miles from Port Botany.

A turbo fan is believed to be responsible for the engine failures and the problem will take about half a day to fix once the ship can dock.