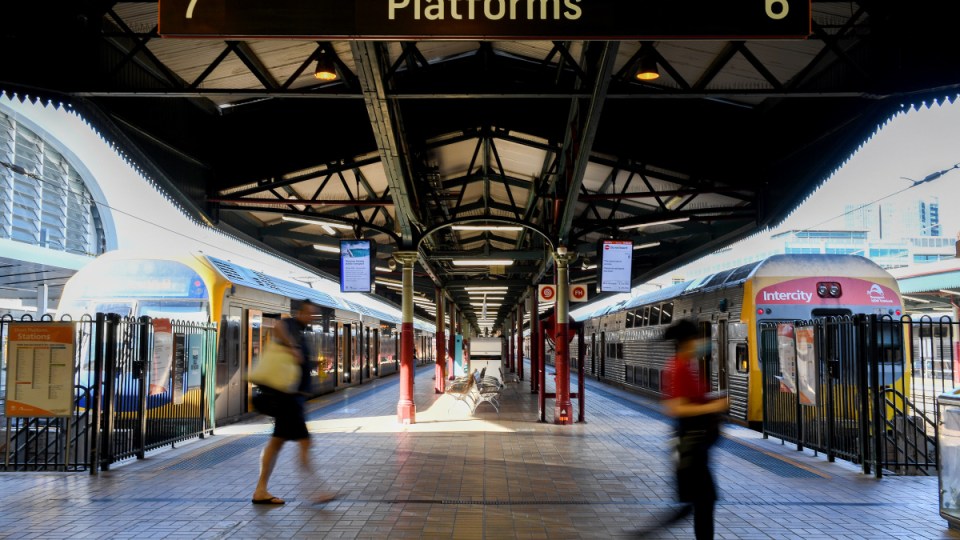 Train services for NSW commuters will be reduced by about half after the rail union won the right to push ahead with industrial action.

The NSW government lost its bid to block the protected action during an interim hearing before the Fair Work Commission on Tuesday after negotiations with the union failed.

Acting Transport Minister Natalie Ward has warned services will be cut by at least half on Wednesday.

“Today we are looking at up to 50 per cent. Because the [commission] decision was late in the afternoon, we’ve had to work overnight with the teams to get timetabling in place and get those additional train sets out there,” she told Sydney radio 2GB.

“Things might be a bit later … By the end of the week once we get those additional sets on the track … we should be up to about 60 per cent,” she said.

There will be another full hearing at the Fair Work Commission on Thursday, ahead of further planned industrial action by the Rail, Tram and Bus Union on Friday.

The union said rail services would be reduced by about 30 per cent and passengers won’t be fined for not paying fares from Wednesday to Friday.

“With everything facing the people of NSW at the moment, rail workers have decided to put a stop to the NSW government taking money from people in the form of fines on public transport,” union NSW head Alex Claassens said on Tuesday.

“We never want to inconvenience commuters.

“This whole dispute is to ensure commuters get the safe trains they deserve, however, the NSW government’s continued political game-playing means that we’ve been left with no choice.”

The dispute between the government and union involves a new fleet of Korean-built trains, which rail workers say are unsafe.

While the government has offered to spend $264 million to resolve the safety concerns, it has declined to put this in writing to the union.

Premier Dominic Perrottet maintained this week that the modifications offered were unnecessary.

But the cost of storing the fleet would “skyrocket” without a resolution to the long-running dispute, he said.