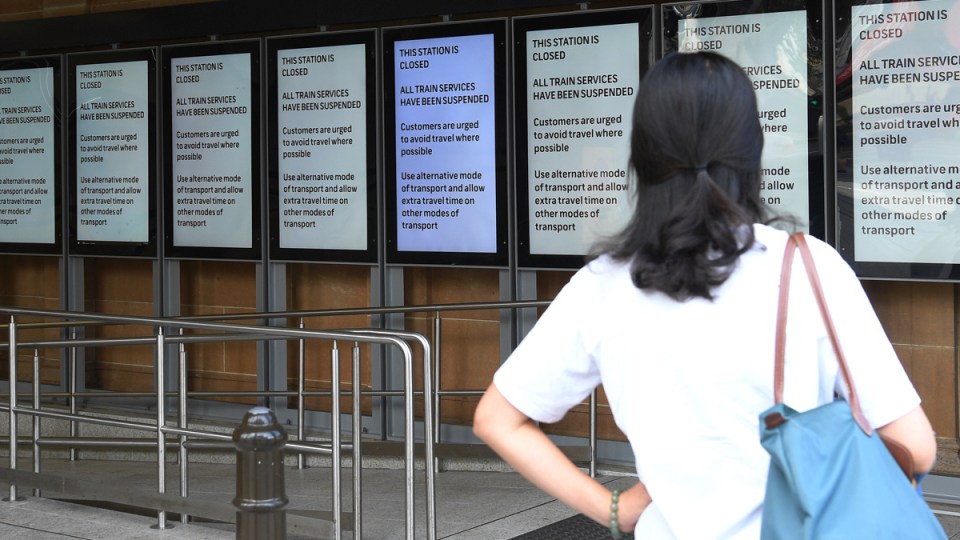 The dispute between the rail union and the NSW government is headed for the Fair Work Commission. Photo: AAP

Calling in the industrial umpire to rule on the NSW government’s dispute with the rail union is in the best interest of commuters after a week of failed negotiations, the premier says.

“The decision to go to the Fair Work Commission was not made lightly but it was made because, in my view, it is the only way to have this matter resolved and, ultimately, to have the industrial action cease,” Dominic Perrottet said on Tuesday.

The government referred the matter to the Fair Work Commission (FWC) in a last-ditch attempt to block a second week of industrial action by the Rail, Tram and Bus Union (RTBU).

It comes after negotiations failed despite an offer from the government to make $264 million in safety changes to the Korean-built fleet of trains that is the source of the dispute.

“We wouldn’t have taken the action to go to the Fair Work Commission if I didn’t believe that was the appropriate action in the best interest of the people of our state,” Mr Perrottet said.

“I will always put our people first.

“We have worked tirelessly in relation to reaching an agreement.

“I made that concession in circumstances where I did not believe and do not believe today that those modifications need to be made.”

The costs of storing the fleet would skyrocket without the concession, Mr Perrottet said.

An interim hearing is due to take place on Tuesday, which will set a hearing date for the FWC to decide on the legality of the rail union’s industrial action.

The union plans to push ahead with action on Wednesday and Friday, which would involve another ban on foreign-owned trains, cutting the fleet by 70 per cent.

RTBU NSW secretary Alex Claassens said earlier that the government’s decision to go to the FWC was a backward step.

The January 6 hearings have been spectacular TV, but will they have any consequences for Trump?
Fears for almond crop as bee mite spreads
Today's Stories