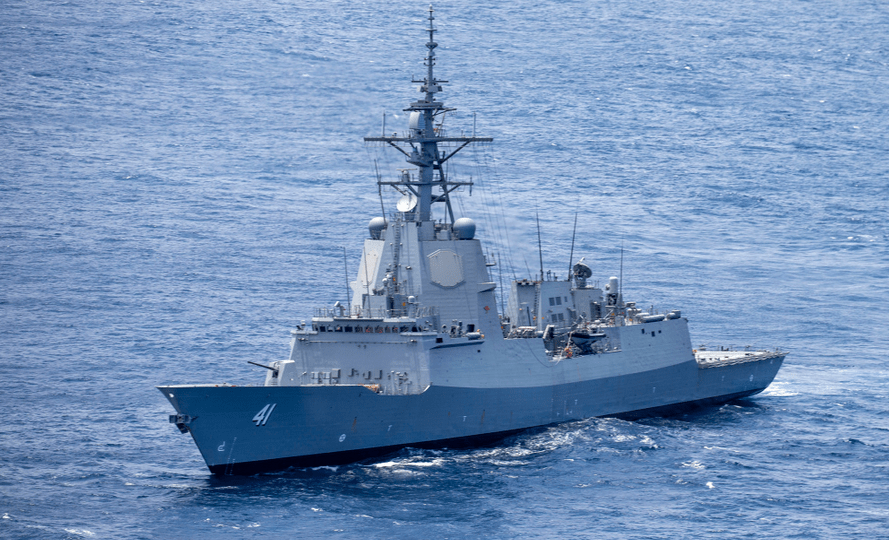 HMAS Brisbane plucked the stranded yachties from the sea after being alerted by a passing cargo vessel. Photo: RAN

Two sailors have been reunited with family after spending about 15 hours clinging to their capsized yacht amid heavy winds and large swells off the NSW South Coast.

The pair got into trouble about 1am on Saturday when their yacht capsized 15 nautical miles off the coast of Wollongong.

A passing merchant vessel sighted the capsized yacht just over an hour later and the destroyer headed to the area, with a rigid-hulled inflatable boat sent out to rescue the sailors.

Despite their nearly 15-hour ordeal in 56 km/h winds and swells up to two metres, the pair were assessed as being in good condition after being brought on board HMAS Brisbane.

‘Finest tradition’ of the sea

AMSA said the response from HMAS Brisbane and the merchant vessel that spotted the pair clinging to their yacht demonstrated “the finest traditions of seafarers”.

“We appreciate the commendable seamanship of both … in sighting the survivors, maintaining visual contact and coordinating a response, and then recovering them in challenging conditions,” AMSA said.

“The entire crew was eager to do whatever they could in the rescue effort,” he said.

“I want to particularly acknowledge the bravery of the sea boat crew who conducted the rescue in appalling sea conditions,” Commander Scarce said.

The sailors were reunited with their families at Sydney’s naval base about 7pm on Saturday.